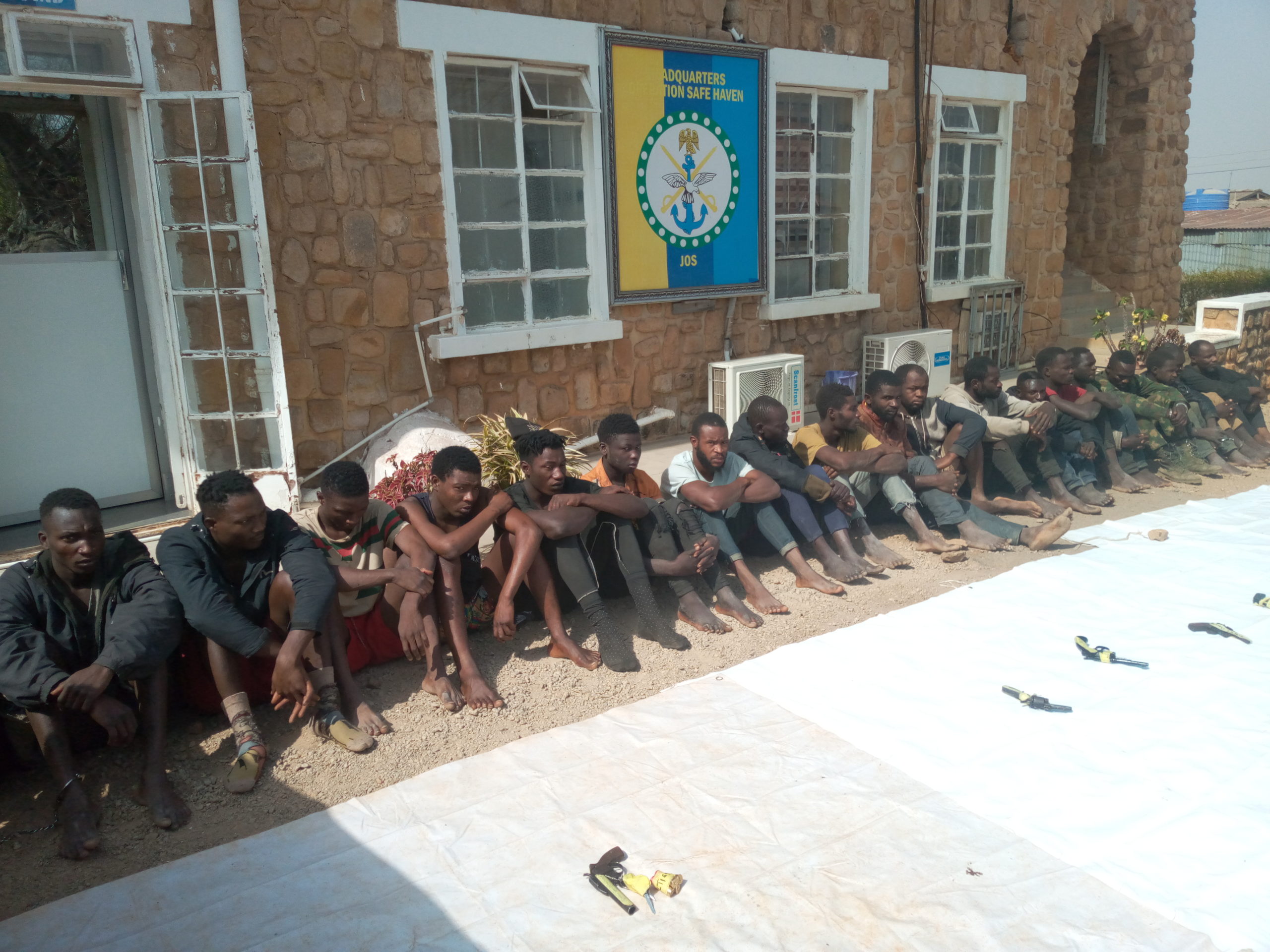 Men of Operation Safe Haven have continued to record major breakthroughs in their effort to restore peace and guarantee maximum security to the citizens of Plateau State, part of Bauchi and Southern Kaduna.

Today, personnel of the security outfit responded swifty to a distress call by one Mr. Rabiu Mohammed, a Resident of Rayfield whose Wife was kidnapped by Adamu Umar, a Notorious Kidnapper on the watchlist of the security after being lured to buy some items by the Kidnapper behind New Government House Little Rayfield Jos South LGA.

Adamu Umar demanded N2 million from the Husband of his victim who alerted Men of the Operation Safe Haven stationed at Gurra Top who stormed the location of the Kidnapper and arrested him after being shot while trying to escape.
The Victim, Zuwaira Mohammed narrated her ordeal saying the Kidnapper was accustomed to supplying her Cow Diary for sale as a Business Woman.

The Notorious Kidnapper had in the past been arrested on two occasions and has been on the wanted list of the Police Anti Kidnap Squad.

In another development, troops of Operation Safe Haven arrested an armed robber along Bida Bidi Jos North LGA while other Members of the gang were neutralized in a gun duel with the security personnel. A locally fabricated AK-47 Rifle was recovered with 2 rounds of 7.62MM.

Four other Armed Robbers were arrested at Rayfield and Dong Village with 3 Locally made pistols.

Similarly, 5 Gunrunners were apprehended at Zaria Road and Agwan Rimi with 2 locally fabricated pistols and one AK-47 Rifle.

Others arrested are members of local militia groups linked to recent attacks within the Joint Operation Area.

One of those arrested had Army Uniform which he was using with his Motorcycle to defraud and terrorize the public while another was arrested with fake Identification Card of Nigeria Security and Civil Defence Corp (NSCDC).

Two cattle Rustlers were arrested with N190,000 cash on him.

This series of arrests are in line with the Chief of Defence Staff directive for Operation Accord 2 aimed at denying criminals freedom of action as well as clear criminals and militia hideouts within the Joint Operation Area.

The Security Outfit is assuring all law abiding citizens of their safety and urge them to assist it by providing credible information instead of giving shielding criminal elements who are menace to the society.

Operation Safe Haven also spoke tough on clamping on criminal elements in the society urging the youths to put their talents into productive venture and stay away from crime as they will be tracked down and made to face the full wrath of the law.

The Commander Operation Safe Haven, Maj. Gen. C. C. Okonkwo has consistently said he will not rest until he gets rid of criminal elements in the Joint Area of Operation.

The Outfit also said those arrested in the past are presently facing trials.

Indian Hemp, Cocaine and other hard substances were recovered from those arrested.