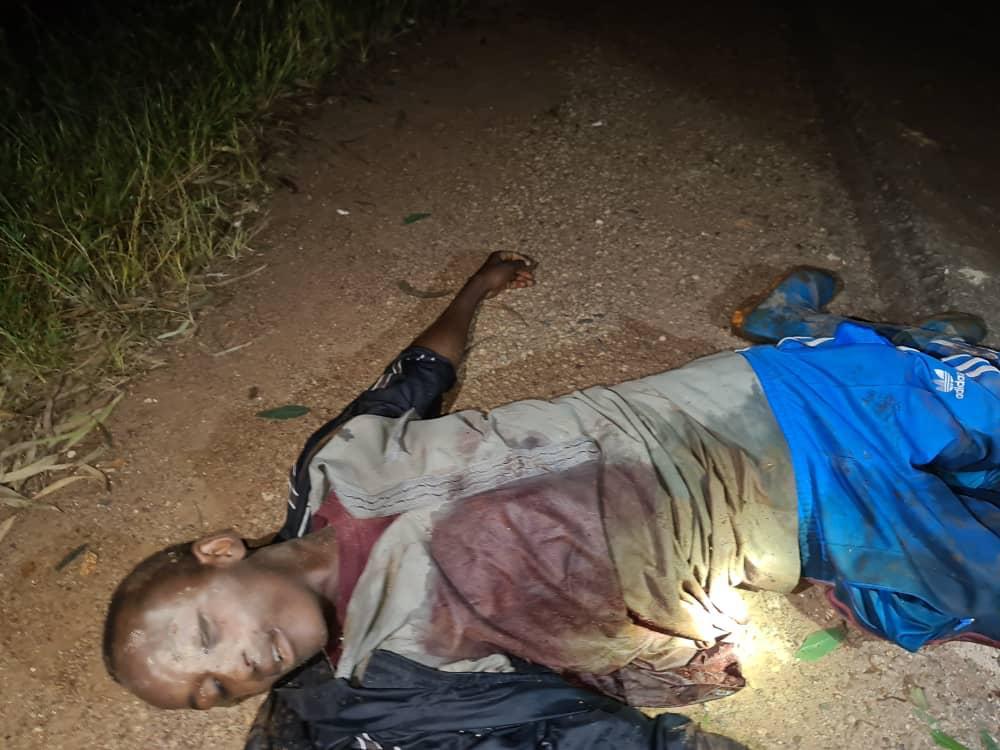 Troop of Operation Safe Haven yesterday after a distress call around 10pm responded swiftly to the scene of armed bandits attack on Motorists along Bokkos – Barkin Ladi Road in Plateau State.

On getting to the scene of the attack, the armed robbers opened fire on the security personnel who they thought were their victims.

There was serious gun battle between Operatives of the Operation Safe Haven and the Criminal elements which led to the killing of one bandit while others escaped with bullet wounds.

The corpse of the bandit killed was later confirmed to be that of a young Fulani boy.

There was no fatality on the part of the security operative who demonstrated security expertise and professionalism in engaging the criminal elements.