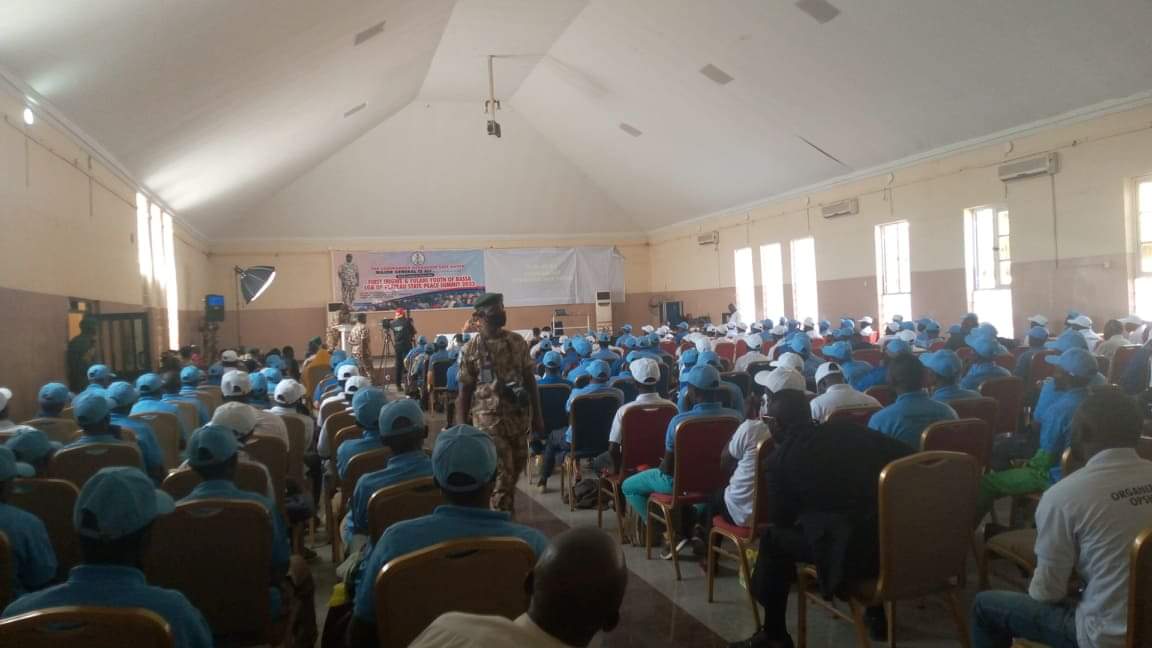 The Special Task Force codenamed Operation Safe Haven which aim is to restore peace in Plateau, parts of Kaduna and Bauchi States with Headquarters in Jos, the Plateau State Capital has deemed it fit to deploy non-kinetic approach and improve its civil-military relations component in order to foster peace and harmonious living in some troubled communities in Plateau State.

A strategic aspect was seen at the “First Irigwe and Fulani Youth of Bassa LGA of Plateau State Peace Summit” which held on Thursday 17th February, 2022 at Lamonde Hotel GRA Jos.

The Summit which aim was to deepen the peace building effort of the Security Outfit brought together over 200 Youths comprising of Youth Leaders and other key youth figures from the Irigwe and Fulani sides in Bassa LGA, Plateau State to brainstorm on better ways to achieve lasting peace in the communities that have constantly been witnessing violent attacks which led to the killing of many, destruction of farm crops and unquantifiable property.

In his remarks, the Commander Operation Safe Haven, Maj. Gen. Ibrahim Ali who also doubles as the General Officer Commanding 3-Division lamented the continuous attacks and killings in some communities in Bassa LGA and said the summit was to fashion out ways of achieving sustainable peace.

He admonished the youths not to allow politics, religion and ethnicity cause disunity and disaffection instead they should embrace each other and coexist peacefully.
He charged them to eschew bitterness, violence and embrace peace.
He said they are vessels of national progress and development who should not allow themselves to be misused by crisis merchants.
He spoke on the need for genuine reconciliation and forgiveness among the warring parties if greater peace is to be attained.
He said cultism and drug abuse are major factors responsible for the high rate of crime.

He stressed that merchants of crisis must be overpowered by patriotic citizens.
He said he look forward to peaceful and harmonious living between the Fulanis and Irigwes.
He assured the public that the outfit will continue to do its best to restore peace in its Joint Operation Area.

One of the Resource Persons at the Summit, Dr. Abdulsalam Salis disclosed that religious intolerance where people feel their religion is superior to others’ is one of the major factors responsible for Crisis.
He urged the youths to see themselves as equal before God irrespective of their ethnic and religious inclinations.

Nuhu Zaka Bako, another resource Person decried how Plateau State which was well known for it peace has suddenly become violent and called on the youths to change the ugly trend.

Abdullahi Abdulrahman & Moses Elijah who were participants said they have learnt better ways of resolving conflicts and promised to step down what they learnt as well as work collectively towards achieving lasting peace. They also called for the sustenance of the summit describing the initiative as timely, well thought and very strategic.