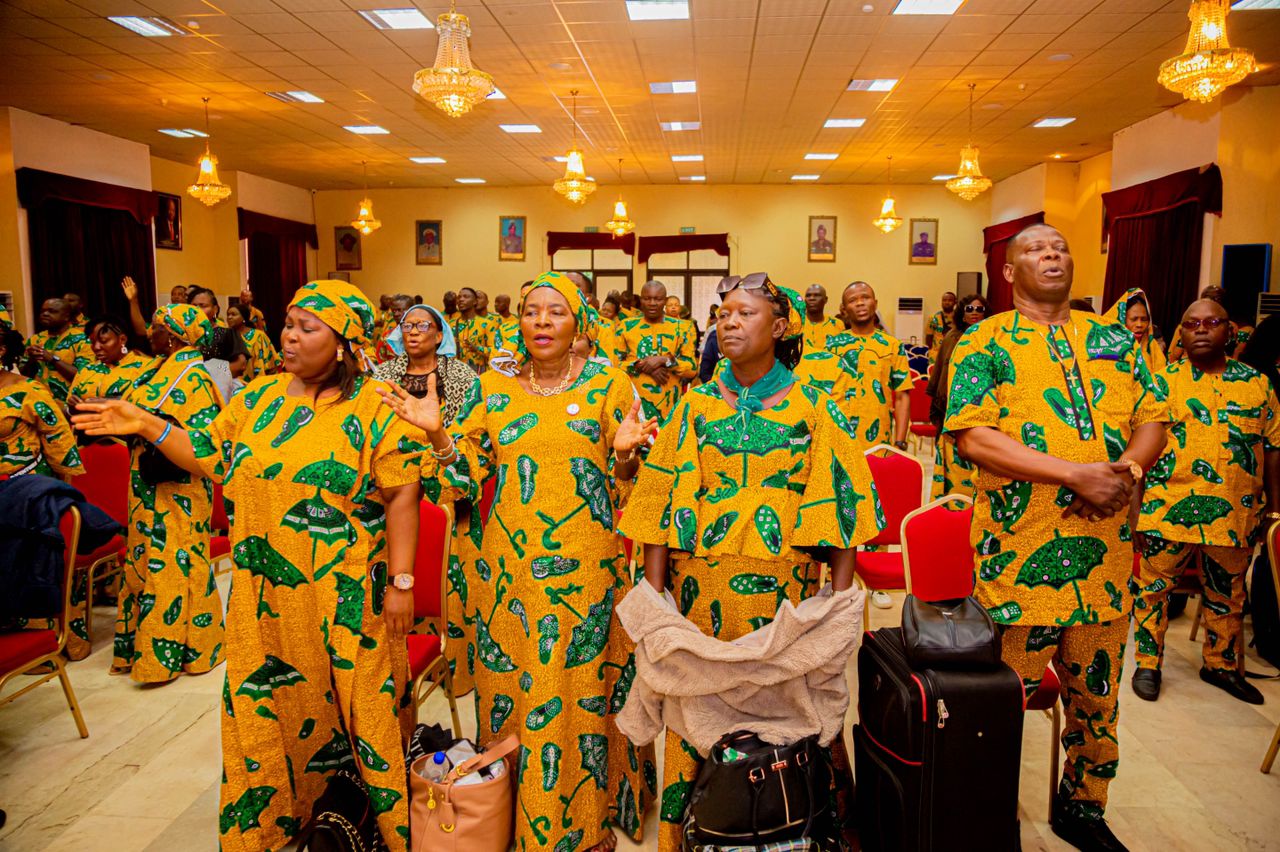 The Executive Secretary, Nigerian Christian Pilgrim Commission, Rev Dr Yakubu Pam has commended the Executive Governor of Delta State, Dr Ifeanyi Okowa for his consistency in the sponsorship of christians on Pilgrimage to the Holy land.
He gave the commendation on 8th August, 2022 during the orientation programme organized by NCPC for intending pilgrims at the Government House, Asaba.

The NCPC boss was represented at the event by the Director of Mobilization, Mr Chris Udegbunam.
In the words of the NCPC boss,” my special thanks go to the Executive Governor of Delta State,, His Excellency,Dr Ifeanyi Okowa for his consistency in the sponsorship of Christians in the state on Pilgrimage”
He further commended the Governor for his efforts in advancing the cause of Christian Pilgrimage in Delta State and Nigeria as a whole.

Rev. Pam congratulated the intending pilgrims for their level of preparedness both spiritually and physically to embark on the journey of Faith.
The NCPC helmsman enjoined the intending pilgrims to shun abscondment, stating that the Commission frowns seriously at it and would do everything humanly possible to discourage it.
He affirmed that it is the policy of the Commission to achieve zero abscondment of pilgrims in the Holy land.
He further applauded Governor Okowa for being the only State Chief Executive in South South who sponsored pilgrims to the Kingdom of Jordan in 2021.

In his remarks at the event, the Chairman of the Delta State Christian Pilgrims Welfare Board, Most Rev Cyril Odutemu admonished the intenting pilgrims to conduct themselves decently while in the Holy land. He stressed that the Board would not tolerate any form of unruly behavior in the Holy land.

He further advised them not to do anything that would undermine the security of the host country.
Also in his remarks ,the Executive Secretary of the Delta State Christian Pilgrims Welfare Board, Apostle Samuel Okoh, charged the intending pilgrims to be good ambassadors of the state and Nigeria.

He urged them to endeavor to cooperate with the state officials and officials of NCPC while in the Holy land.
About 315 intending pilgrims of Delta State would be airlifted to the Holy land of Israel and Jordan this Monday 8th, August, 2022 from the Port Harcourt International Airport.