My Commitment and Loyalty to APC is Unshaken – Yari 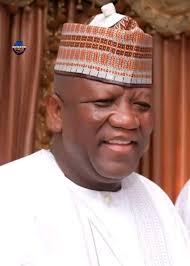 Dr. Yari stated this Friday while responding to news making the rounds that he was involved in contemplating forming a new political party as reported in an online news outlet-News Rain Nigeria.

According to Ex-Governor Yari, the purported news reeling out was aimed at belittling the efforts he has put into creating the party throughout her formative stages to what it is today.

“I have never contemplated abandoning the party I helped form, let alone forming a new party.

“I have never fixed a meeting as being reported to discuss my possible abandoning APC for another new party. This is utterly untrue and it remains so.

“Those behind that story know better what they want to achieve, but, I assure my supporters that I remain a strong APC member from my polling unit, ward, Local Government, State and the Nation at large.

“Those who know my political history can attest to my commitment to building the party. I have never shied away from my responsibility to help the party, not now not after, or even beyond.

“I see this as the work of those who are becoming so jittery about my political ambition to contest the National Chairmanship of our great party in the forthcoming congresses as the fitness of their imaginations”. Yari said.

Yari who’s a front runner in the forthcoming national convention of the party is believed to be highly favored across the board. His pre-degree as a goal-getter and result-oriented achiever has been described as an asset to the party and will no doubt create the desired turnaround of the party once voted as the National Chairman of APC.

My Commitment and Loyalty to APC is Unshaken – Yari

ADP Felicitates With Muslims at Sallah