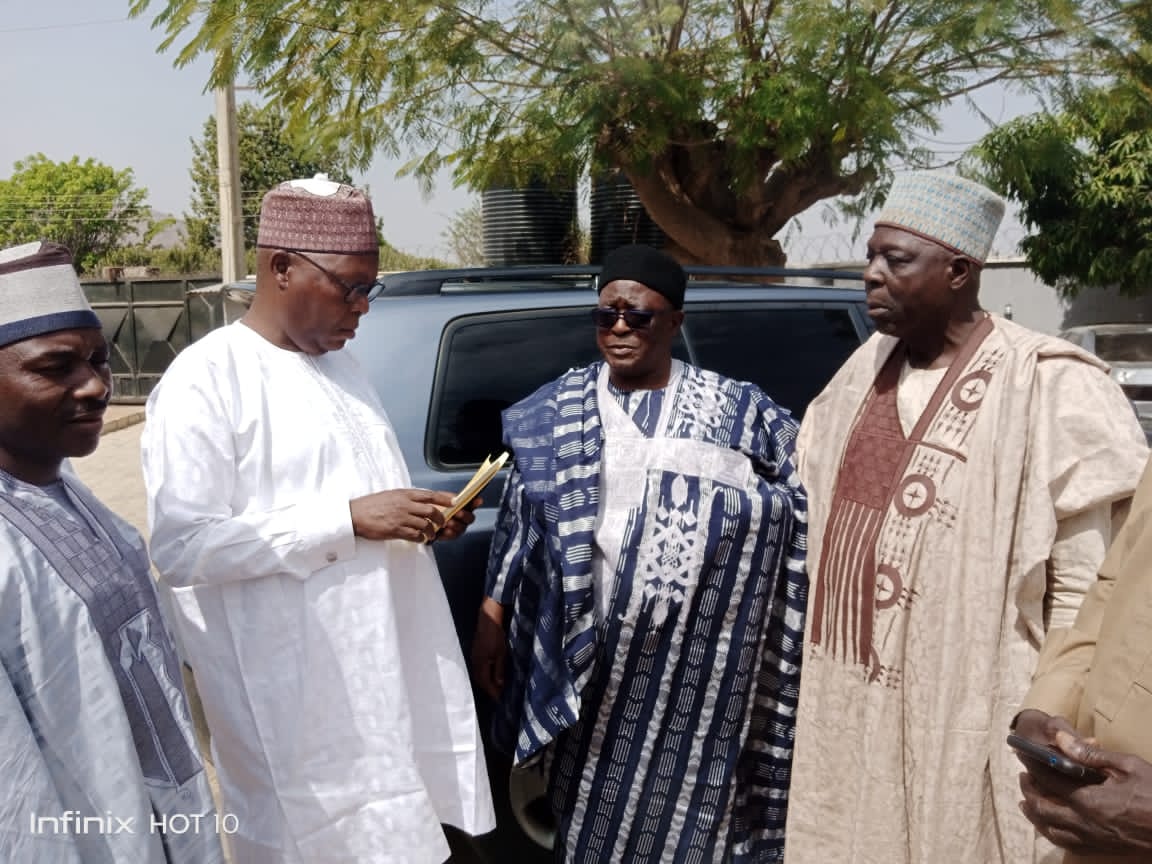 In what could best be described as a family reunion,the Mupun Nation has paid a condolence visit to the Mwaghavul Nation over the death of their paramount ruler,the late Da Nelson Andak Bakfur,The Mishkagham Mwaghavul at his residence in Kerang,Mangu LGA.

The Mishkom Mupun,Da Yusuf Walle Fwangbring described the death of the Mishkagham Mwaghavul,Da Nelson Bakfur as a personal loss to the Mupun nation drawing from the long cordial and brotherly relationship that had existed between the two tribes saying the foundations are still and will remain strong.

Drawing perspectives from history,he said it had always been a tradition for one to look after the other whenever there are challenges that is why the Mupun people share in the grief of the Mwaghavul people.

He called on them to take it as an act of God and further unite to face the difficult times ahead.

Da Yusuf Walle Fwangbring who doubles as the Acting President Pankshin and Kanke Joint Traditional Council said the legacies of the late Da Nelson Bakfur will never be forgotten and prayed for the repose of his soul while assuring that prayers will always be offered for them.

On his part the MUCDA President,Chief Pedro Ardiyel Dafur added that the Late paramount ruler left his legacies on the footprints of time and will affect generations positively.

He said MUCDA also sympathizes with the Mwaghavul Development Association and Mangu LGA over the death and pray God comforts them specially at this moment.

Responding on behalf of the family and traditional council,the District Head of Kerang,Da Philemon Muttang flanked by other district heads appreciated the Mupun Nation for the visit and brotherly love extended to them saying it further confirms what their fore fathers had told them about their existing relationship.

Muttang said the death came to them as a shock but they have accepted it as God’s divine will and have submitted to his supremacy.

They however assured that the late paramount ruler had lived as a father to all which are some of those legacies he has left behind and will be built on as painful as the death may be.

He called for prayers for the family and people so that the next days ahead be peaceful and fruitful to the people.

The Mupun delegation also as part of tradition moved to the inner chambers and condoled widow of the deceased and charged her to live strongly as a pivot of unity and strength in the family he has left behind.

They promised to also keep praying for her as she looks after the children now that her other partner is gone.

A symbolic part of the visitation was the presentation of a letter of condolence by the MUCDA President on behalf of the Mupun Nation.