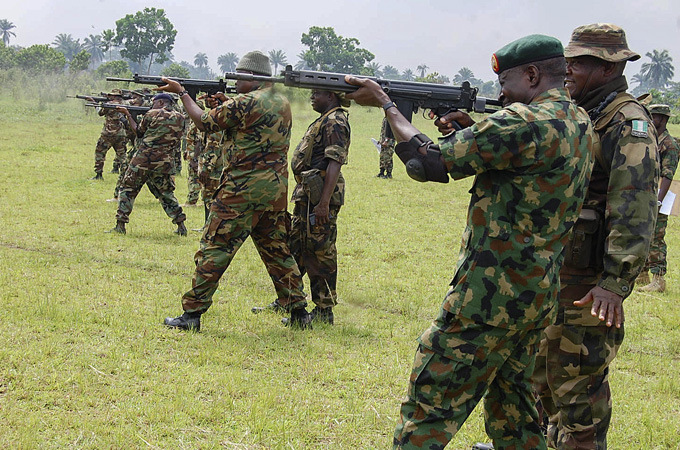 The Coordinator also disclosed that 20 Sara Suka members and 35 criminals were apprehended in Plateau State during different raids. Eneche said all the arrested suspects are being profiled after which they will be handed over to the appropriate prosecuting agency for further action. The Coordinator also confirmed that on 8 September 2020, troops of Operation Ayem Akpatuma III killed Benue’s notorious and most wanted criminal Terwase Akwaza also known as Gana, during an encounter with troops around Gboko in Benue State. Eneche added that 40 members of the militia’s gang were also captured alongside arms and ammunition. But, the Coordinator declined further comments on the circumstances surrounding the extrajudicial killing of Gana, who was killed after reportedly embracing the Amnesty programme of the Benue State government. Giving further updates on the activities of the armed forces, Enenche said in North West region, troops killed 6 bandits, arrested one bandit informant and two bandits couriers with the sum of N1,565,550.00 during various operations.

The Coordinator noted that a bandit surrendered 3 AK 47 rifles, one SMG and 2 magazines. This, he said is in addition to various airstrikes targeted at identified bandits hideouts where several were killed boosting the confidence of the people in carrying out their human activities. READ Monday Juice: Originality of Destiny In the North-East zone, Enenche said troops of Operation Lafiya Dole killed 7 Boko Haram Terrorists arrested and cleared several ISWAP structures.

He added that the troops rescued 7 kidnapped victims comprising 2 women and 5 children and recovered one gun truck, 2 AK 47 rifles, one Dushka AA Gun, one PKT gun and one MG.