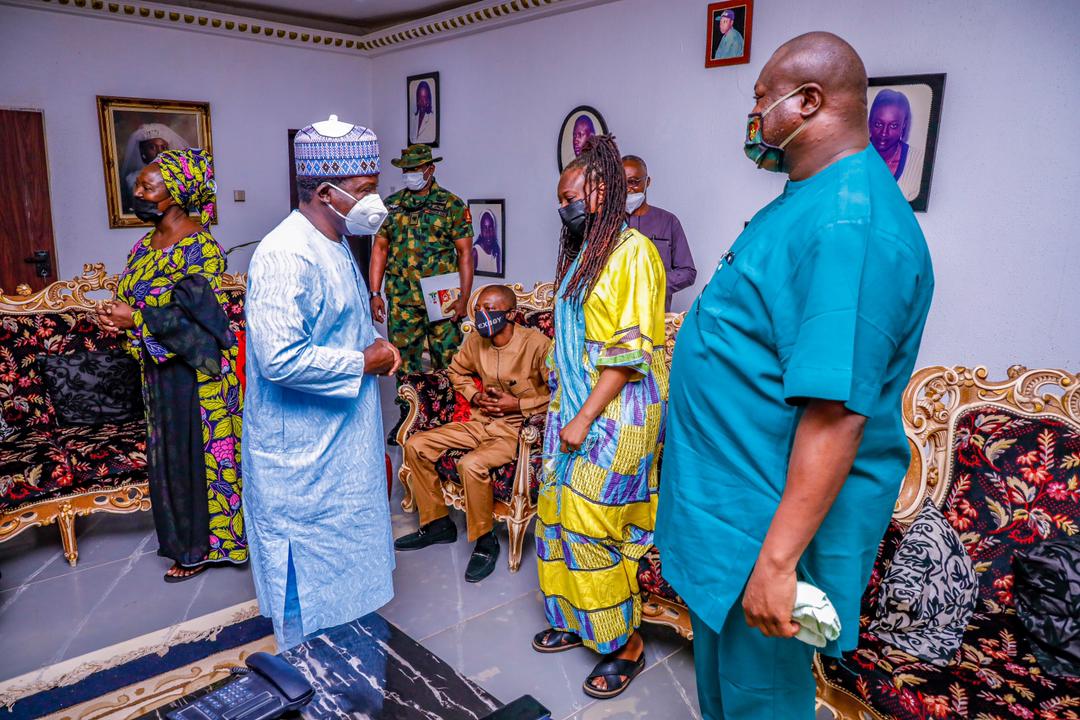 On a visit to condole with the family of former Chief of Defence Staff Lt. Gen. Joshua Nimyel Dogonyaro, Plateau State Governor Simon Bako Lalong said the late General paid his dues and gave all to defend the territorial integrity of Nigeria.

Lalong who visited the residence of the deceased in Rayfield Jos, said the late Dogonyaro distinguished himself in the military career by serving diligently in all the positions he occupied.

He said the late General constantly advised him on how to handle security matters and was willing to bring to bear his wealth of experience in uniting people of different backgrounds.

He prayed God to grant family the fortitude to bear the loss and also urged them to sustain the legacies of the late General.

Responding on behalf of the family, Mr. Godfrey Dungum said the visit of the Governor and members of his cabinet was highly consoling.

He appreciated the support and honour that the Lalong administration continuously accorded the late General both in life and death.

Former COCIN President Rev. Prof. Pandam Yamsat prayed for the soul of the deceased and the family.