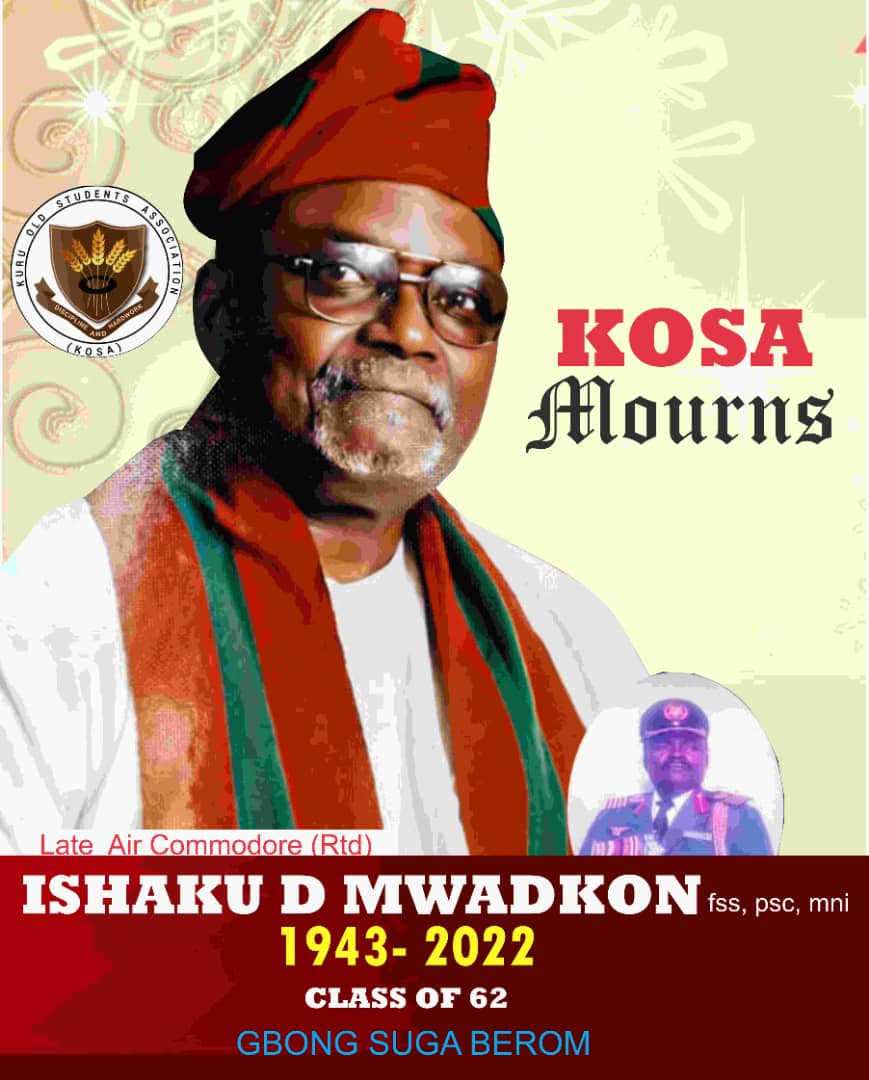 Mourns the passage of a member and a gallant officer
The National EXCO received with shock the news of the passage of late Air Commodore I.D. Mwadkon (rtd) (class of 62). This loss is no doubt a huge one, considering his service to his fatherland.
He was an exceptional fighter pilot who laid his life to keep Nigeria one, besides going on peace keeping in other parts of the world as duty called. His dynamic personality, professional, leadership and strategic vision set him apart as a discipline officer. I’m confident that the orientation he got from our Alma Mata, GSS Kuru had prepared him for this assignment.
It’s on record that Air commodore Mwadkon (rtd) was one of the finest fighter pilots in the history of NAF. It’s attested that he flew combat aircrafts, one of which was the MIG-21 Supersonic fighter jet and interceptor aircraft, thus, making him to earn his wings and stood tall among his contemporaries..Upon retirement, Rtd Air Commodore Mwadkon became active in community services where he brought in his wealth of experience as one of the remarkable President of BECO, and His Majesty the Gbong Gwom Jos, conferred the title of Gbong Suga on him.
The late KOSA member and traditional title holder will be remembered as a hero who devoted his entire life to serve humanity globally, nationally and back here at home.
As we mourn his departure, we have every reason to give glory to God for his life of service, sacrifice and patriotism.
Once more, I offer my deep condolences to his family, Vwang district, Beromland and the nation at large.
On behalf of the Kuru Old Students Association (KOSA)