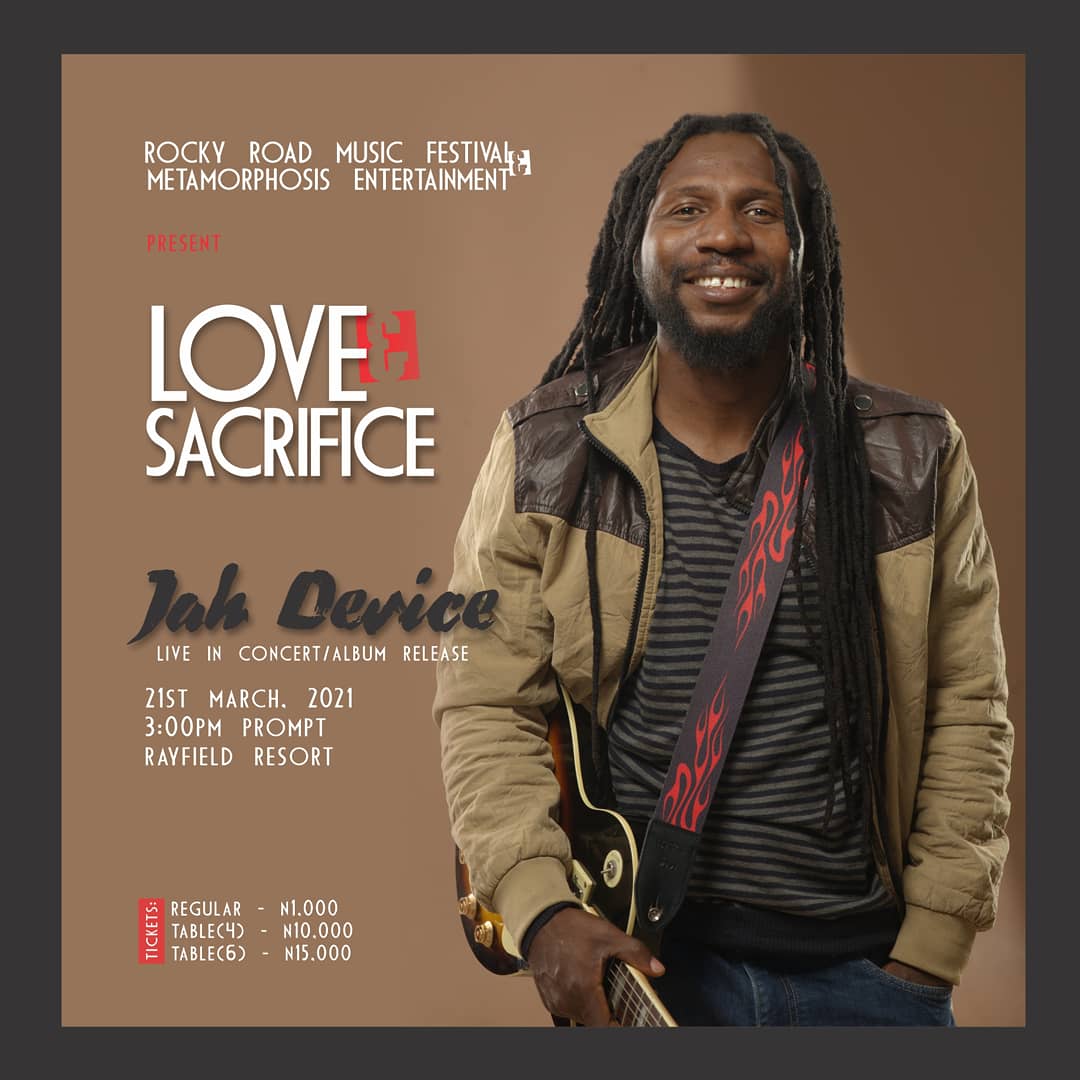 Jos based International Reggae sensational Artist, Jah Device is set to release his worldwide Album with a live music concert on 21st of March 2021.

The live music concert organized by Rocky Road Music Festival and Metamorphosis Entertainment will take place at the famous Rayfield Resort in Jos.

Red Carpet starts 2pm while the concert is to start by 3pm. This all important concert will bring together great Artist in the Nigerian Entertainment Industry and promises to be captivating and thrilling.