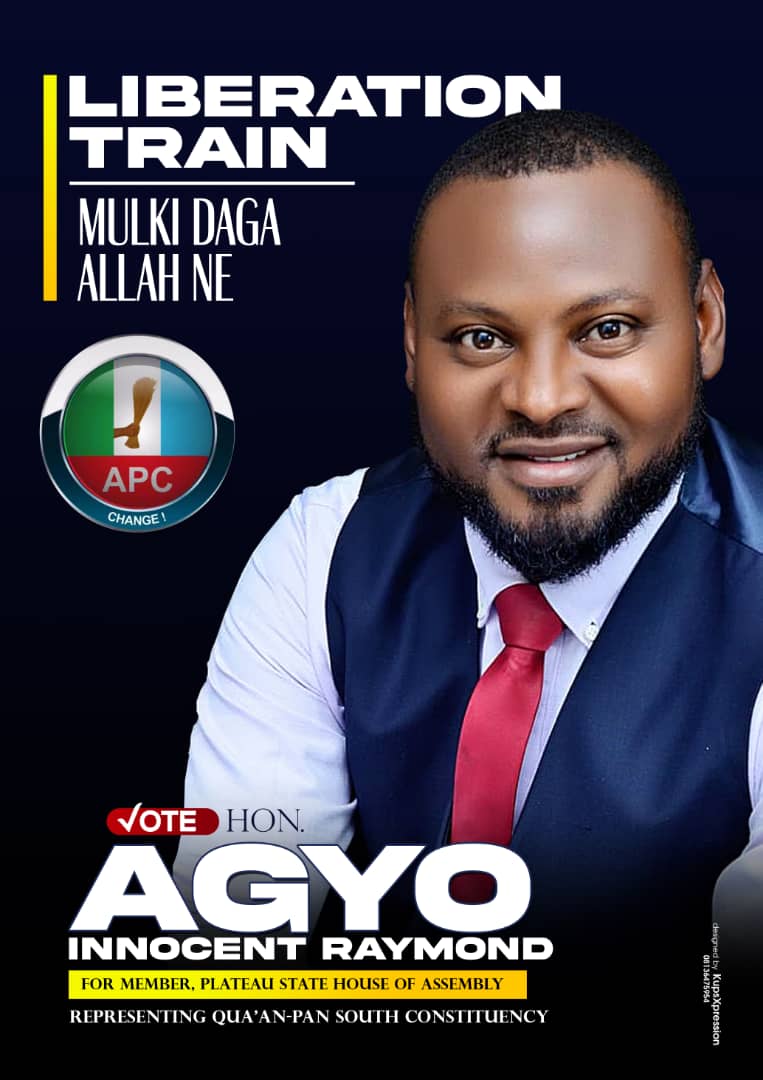 It is no longer new that a Golden Fish has no hideout. Innocent Agyo is that Golden Fish that is extremely competent for the office; he is a vibrant young man that was born on the 19th July 1981 into the reputable families of Mr. and Mrs Agyo Maiyaki Raymond. Happily married with beautiful children. He grew up in Npap, Namu, Shimangkar, Kalong, and Shendam.

His track record speaks volume, as a two time former Supervisory Councilor for Agriculture and Natural Resources and Education Qua’an-pan LGC under the leadership of Hon. Isaac K Kwallu and Hon. Abdulmalik Haruna respectively, Currently Senior Special Assistant to the Executive Chairman Qua’an-pan LGC and Leader of Qua’an-pan Project Hon. Ernest Adna Da’a, was an employee of the Plateau State Hospital Management Board Jos and CEO of AIRFREE INVESTMENT AND GENERAL SERVICES.

During his time, he was able to transform the agricultural fortune through distributions and training of farmers to improve productivity within and outside Qua’an pan LGA. He performed excellently. He was very vocal.

While in office he was able to help over 500 people that are currently enjoying Federal Government Conditional Cash Transfer and NDE. And has also helped over 20 pupils got admissions into Secondary schools in Benue, Taraba, Kaduna State through Plateau State Exchange Program.
Under him education was highly prioritized,ministries and agencies functioned effectively.

He is one man who believes in the principle of rule of law.

Likewise, he is also a committed Community Activist, a Productive Politician, an ideal theory—Y worker, a diligent and astute administrator, an amiable Personality, a team Player and above all a Politician with a good mix of strength of a lion and the wisdom of a fox.

Hon. Agyo Innocent Raymond, known as gentle as a dove and yet could be as aggressive as a lion if and when unjustly provoke. He is a Passionate believer in the tenets of mutual respect, tolerance, and accommodation as well as someone who feels the pain of his people and one that stands as a symbol of unity.

It is said that the reward for hardwork is more Work….

The Honorable has humbled himself for the task…Let’s have him wear the Crown.

Football Made In Germany! Played in England! By Lawrence Wakdet