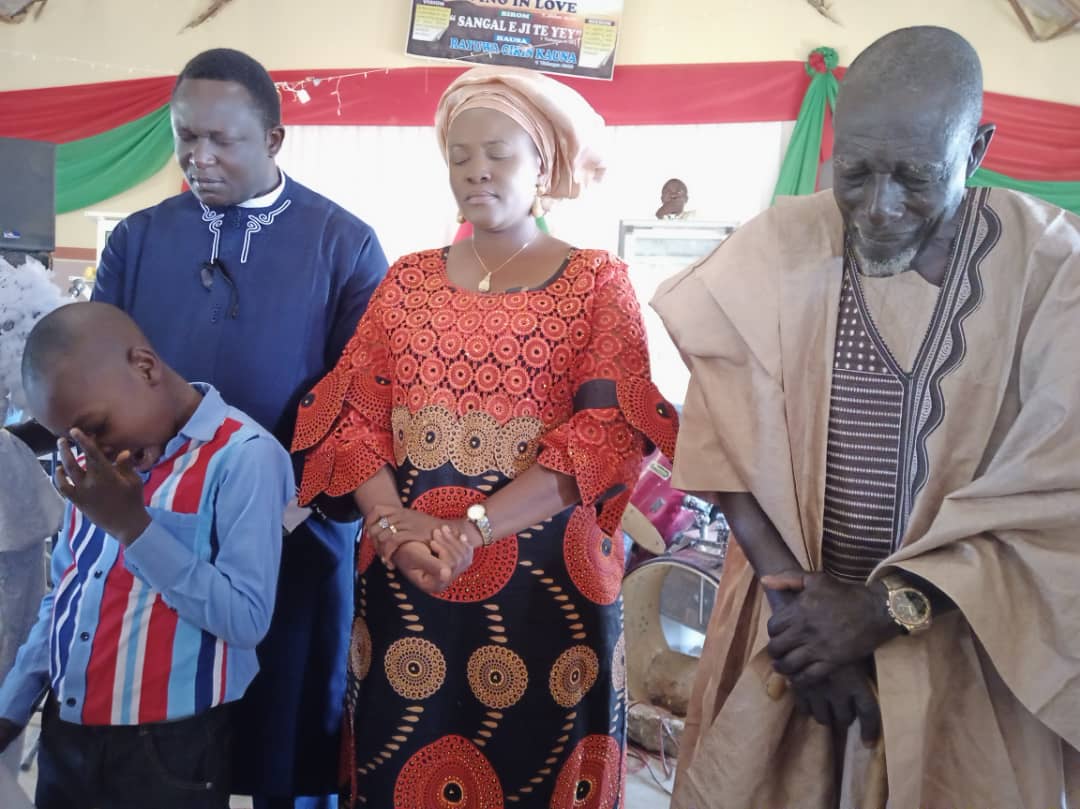 In his remarks, the Lawmaker disclosed that giving thanks should be deliberate act and done all the time, he took the decision to do so to thank God for the good things He (God) has been doing in his life, Family and the political journey. He said the event would had held last Year, 2021 if not for the COVID-19 Pandemic.
Hon. Dantong decried the deplorable humanitarian condition of the people of on account of violent attacks that left many dead, injured and displaced from their ancestral lands.
He charged government at all levels to give attention to the humanitarian needs of the people.

He reiterated his commitment to providing credible representation, people-oriented projects and quality legislation.

Dr. Simon Mwadkwon Member representing Barkin Ladi/Riyom Federal Constituency while speaking on the importance of thanksgiving described the Lawmaker as exceptional and lauded the projects he commissioned a gesture he said is unprecedented in the history of the Constituency. He called on the People to give the Lawmaker the much needed support in order for him to do more.

Minority Leader of the Plateau State House of Assembly, Hon. Peter Gyendeng described the celebrant as humble, teachable, fearless and always concerned about the people he represents.

Gwom Rwei Bachi, HRH Da Gyang Dalyop revealed that the Lawmaker has done a lot within a short time in office and commended him for allowing God to be his driving force. He eulogized the Lawmaker’s Father for the moral and spiritual upbringing he gave his children who are doing the Community, State and Nation proud.

In their separate remarks, the Executive Chairman Riyom LGC Hon. Mafeng Gwallson, Plateau Head of Civil Service Engr. Sunday Hyat, representative of the Senator Plateau North and Riyom Council Secretary, Hon. Davou Danbo all lauded Hon. Dantong for his sterling and visionary representation as well as for the execution/commissioning of projects that will add value to humanity and the people.

The COCIN PCC Chairman Foron, Rev. Dauda Choji said God is with the Lawmaker and will continue to prosper.
Guest Speaker at the event was Rev. Yiltu Rotshak who lauded the Lawmaker for returning thanks to God and admonished him to always make God his priority.

Highlight of the event were the dedication of COCIN CC Bachi, Book dedication in honour of the Father of the Lawmaker, Pastor Da Dalyop Datong (Rtd) and cutting of his 91st Birthday Anniversary Cake.