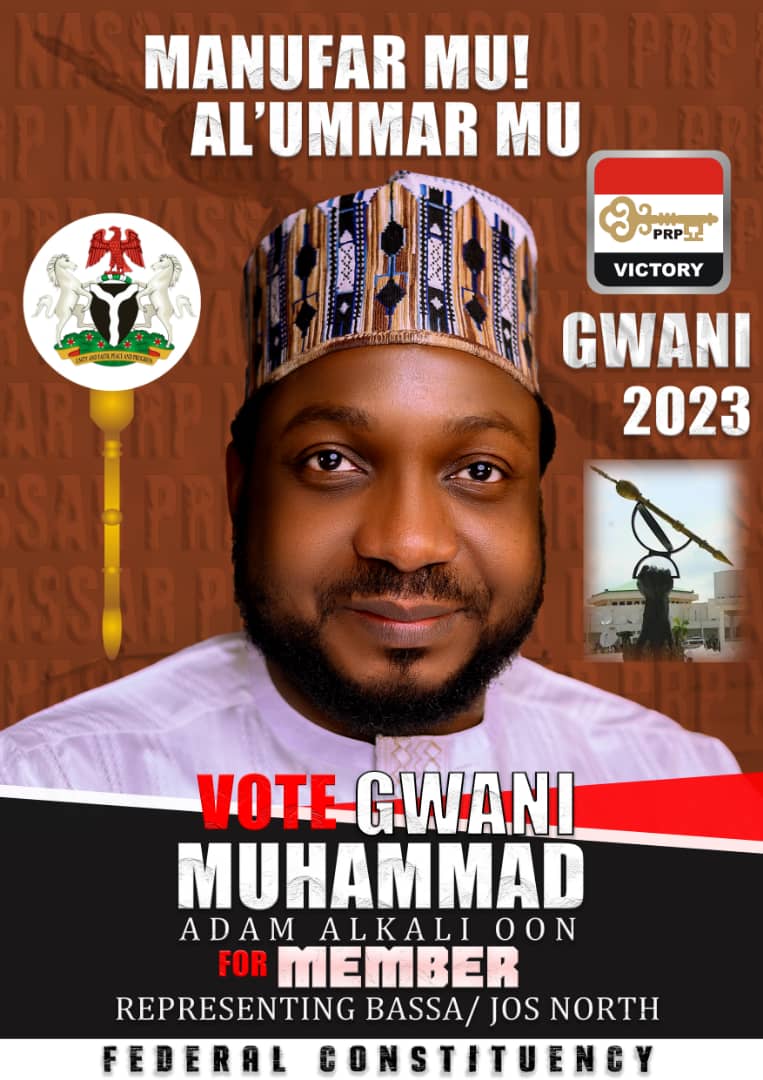 The Peoples Redemption Party Federal House of Representatives Primary Election (2022) held at the famous Sharna Hotel, Jos saw the representatives of the Independent National Electoral Commission (INEC), the security agencies and private observers, in which the revered politician and community servant won with 154 votes to nothing.

The seamless exercise which lasted for about two hours saw delegates from across the thirty (30) federal electoral wards of Bassa and Jos North LGAs as well as delegates from local government, state and party stakeholders entitled to vote as enshrined in the Party’s guidelines for the conduct of the 2023 primaries across the nation in which a total of one hundred and fifty four (154) delegates voted.

In his acceptance speech after having been declared the duly elected candidate of the PRP for HoR for the Bassa/Jos North constituency of Plateau State by the elcom chairman Hon. Abdul-Majid Lawan Waziri, Hon. Gwani Muhammad Adam Alkali (OON) thanked the party, delegates and all that contributed in making sure that the primaries was swift and seamless and equally promised to work hand in hand with the party and also to do all that he could to make sure he woe voters once again to vote for him comes the 2023 general elections as they did in the rigged 2022 Bassa/Jos North Federal constituency bye-election in which he won.

He also thanked all those present for coming and being part of the historic moment and further wished the PRP victory in all the elective offices they filled candidates across the nation.