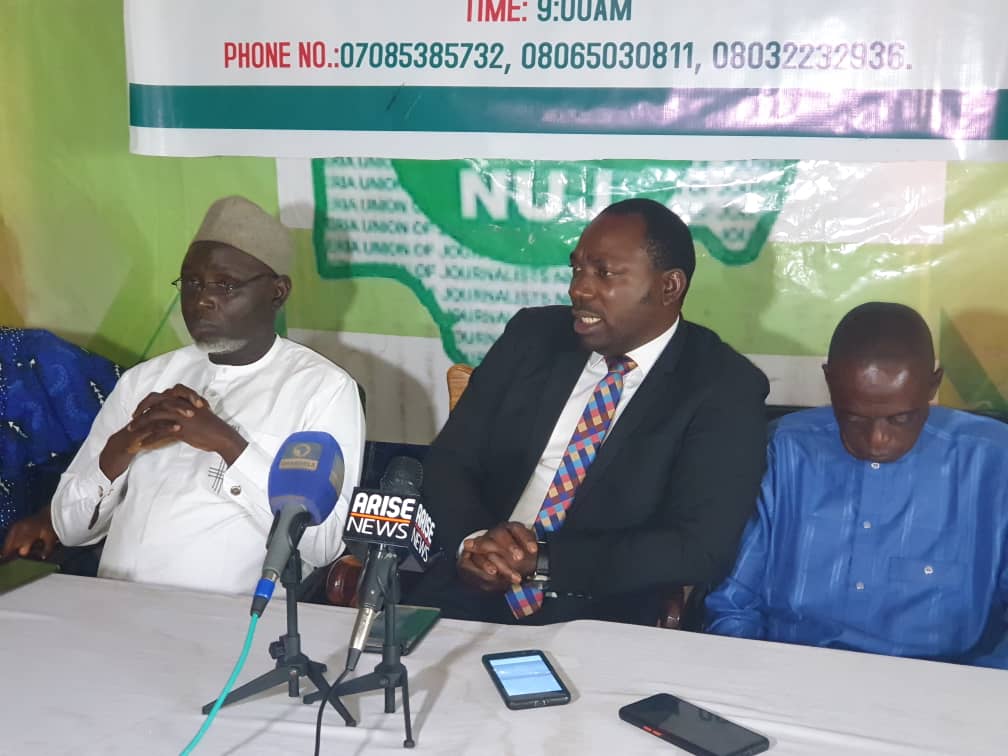 A pressure group known as the United Middle belt Youth Initiative is advocating for the renaming of the North Central Geo-Political Zone of the country to its original name of the Middle belt for fairness, equity and Justice.

The National President of the Group
Comrade Yakubu Solomon Sule who led other members during a press Conference on Thursday held at the NUJ Press Centre, Jos said they are calling with a strong voice for the middle belt to be enshrined as the six geo-political Zone in the constitution and change the name North Central.

“We’re not a shopping mall where the north and the south would come and do their shopping every four years, where our illustrious sons and daughters were deprived of becoming the President of the Federal Republic of Nigeria due to our inability to define our real identity.

“Most importantly, I want all middle belters to know that we’re not second-class citizens. We Are All Free Born.”

According to them, the middle belt area comprises a landmass of more than three hundred thousand square km with an estimated population of sixty to eighty million people, the largest of any region with the most fertile farmland and highest endowment in terms of mineral and natural resources.

“The 2023 general election is fast approaching and they are coming with their usual songs of 19 northern states however the United Middle Belt Youth Initiative has resolved to support and stand with whoever that has the interest of the middle at heart, we’re no longer allow ourselves to be used as tools by those that think that they are our slave masters”

“In recent security challenges, the middle belt has been experiencing attacks from the land grabbers, intruders, the enemies of people the middle belt still stands strong, we would not give up. We want to use this medium to say categorically that we are not north central as so-called and we’re ready to use all resources available to us to mobilize and lobby our legislators to change from this so-called north central to our ancestry name middle belt”

The middle group added that the idea and vision of the movement started in the year 2011 during a post-election crisis in Nigeria particularly the northern part of Nigeria where many corps members were killed, saying unfortunately many of them were from the middle belt because of their names, state of origin and their physical stature while in the southern part of the country middle belt youths were not equally spared in the reprisal attack because of their names and by the virtue of their state of origin.

“The middle belters are people who are defined by history, our greatest history is a civilization that ever flourished in ancient Africa, for instance, The Nok civilization that was older than that of Benin and Ile-Ife. From history, we know that we have spiritual and cultural linkage to Egypt. The successor to ancient Nok culture was the great kwararafa kingdom that is today symbolized by the Aku-Uka of Jukun land. The kwararafa ruled Kano and many parts of Hausa land for more than two hundred years

The middle belt group however appeal to the youths of the middle belt to give their support to liberate the land from slavery and intruders, encourage all the belt youths to be hardworking, and shun any form of vice for they are known for hardworking.