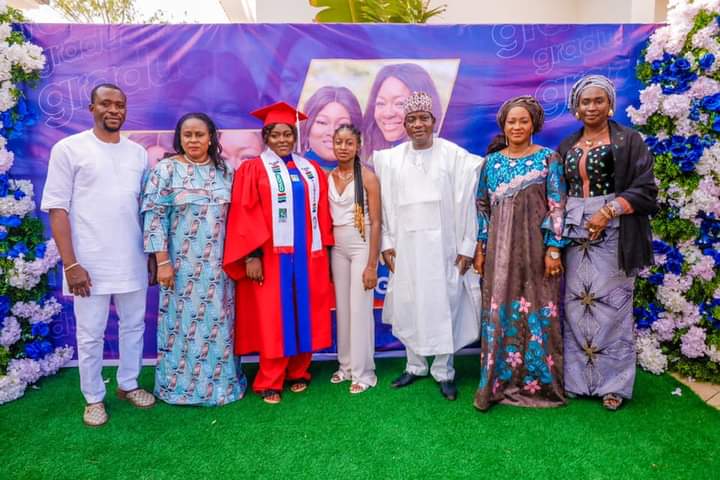 First Daughter of the Plateau state Governor Simon Lalong Miss Stephanie Motgoena Bako Lalong ,and Miss Jemima Donjur ,the daughter of the Chief of staff of Staff to the Governor at the weekend graduated from the American University of Nigeria (AUN) Yola with flying colors.

An elated Governor Lalong who spoke to newsmen in Yola said a warm congratulations to my daughter Miss Stephanie Motgoena Bako Lalong as she received a bachelor’s of Arts Degree in International and Comparative Politics with Minor in English Language and Literature from the American University of Nigeria (AUN) Yola.

Lalong further said “A big congratulations also to other graduands of the 2020/2021 classes who received various degrees, particularly Miss Jemima Donjur the daughter of my Chief of Staff Hon Noel Donjur who received double honors degrees in Computer Science and Petroleum Chemistry.

Lalong further said the world awaits their manifestation as they contribute to making Nigeria great and the world a better place.

The new graduates Stephanie Lalong and Jemima Donjur thanked God , their parents ,friends and relatives for their support and promised to impact the society positively .