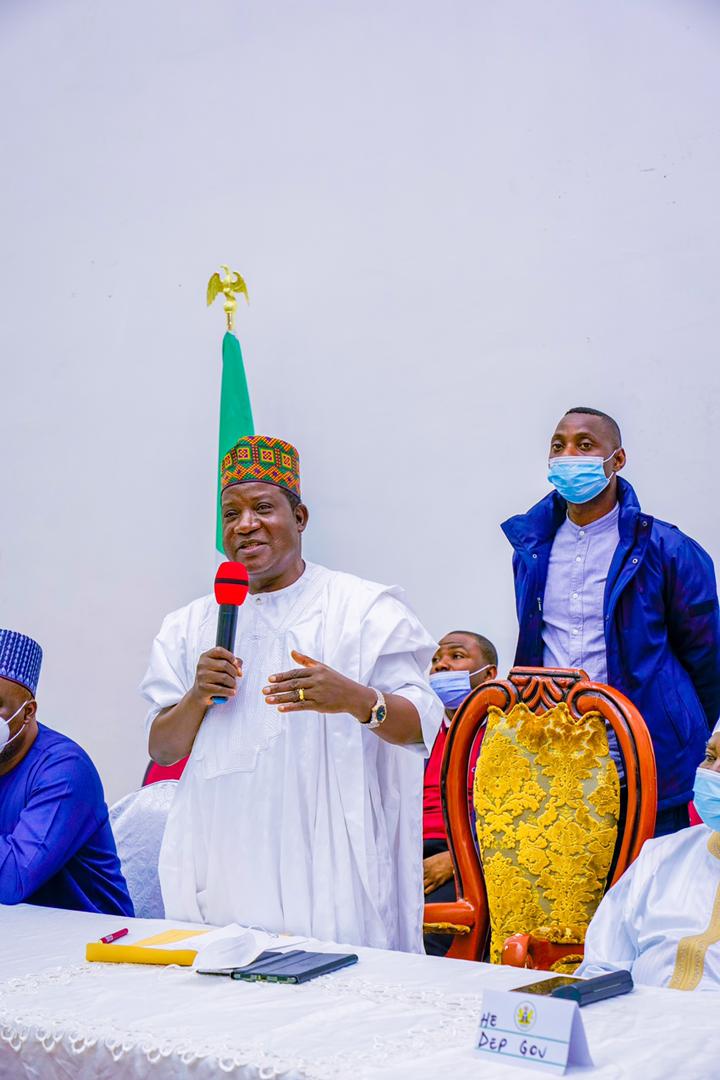 Ahead of the ward congresses of the All Progressives Congress (APC), Plateau State Governor Simon Bako Lalong has called on members of the party in the State to come together and ensure a peaceful and smooth conduct that will further strengthen the party.

Governor Lalong while addressing the stakeholders in Jos, said the ward congress elections are meant to give the party a stronger foundation for the consolidation of its successes in the State and across the country.

He called on members to be transparent and conduct themselves in a manner that will build harmony, peace and equity among members and also make the party maintain its position as the largest party in the country.

The Governor advised the members to abide by the guidelines for the conduct of the primaries and also ensure that all avenues for consensus are exhausted for the emergence of ward officials. Where such is not reached, elections should be conducted in a peaceful atmosphere and without any rancour.

Lalong urged those saddled with the task of conducting the elections to ensure that only registered members are allowed to participate in the process.

Acting Caretaker Chairman of the APC in Plateau State said the stakeholders meeting is meant to prepare the members for the task ahead which is very crucial. According to him, the party is working to ensure that all arrangements are done on time to provide for a smooth exercise.

He said lessons have been learnt from the recently conducted Local Government primaries as aggrieved persons are being heared by the reconciliation committee.

Deputy Speaker House of Representatives Idris Wase appealed to the stakeholders and party officials to be fair to all the members of the party who are aspiring for offices during the ward congresses.

Also contributing, Deputy Speaker of the State House of Assembly Saleh Shehu Yipmong expressed optimism that the party will come out of the process stronger because of the leadership of the Governor who has been fair to all and always willing to lead by example.

ADP Felicitates With Muslims at Sallah