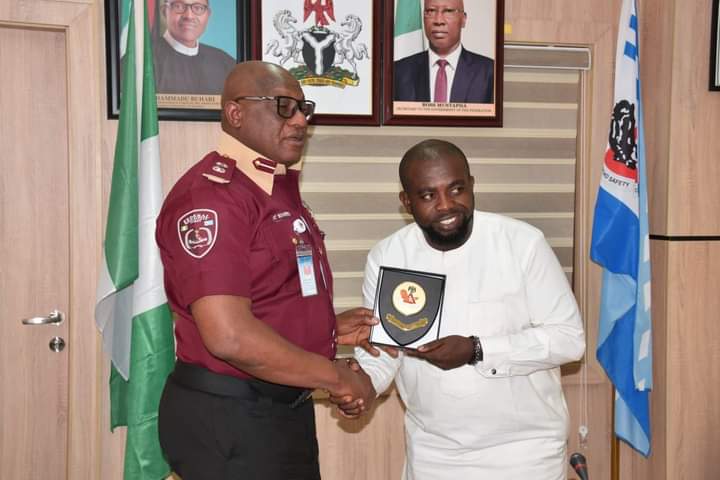 Senate President of the National Association of Nigerian Students, Attah Nnalue Felix in company of other principal officers of the students’ Union paid a courtesy visit to National Headquarters of the Federal Road Safety Corps (FRSC) in the Federal Capital Territory, Abuja.

Felix in his opening speech, said the visit was aimed at consolidating the already existing relationship between the agency and students.

Part of the crux of the meeting include the need to sensitize the teeming population of the Nigerian students on the importance of taking precaution and strict observation of traffic rules.

The Senate President cited a circumstance in which one Miss Abdulwahab Waliya Morenikeji, a final year student of Kwara State Polytechnic lost her life in a fatal auto crash along Ogbomosho road.

Felix also gave assurance that intensive efforts are being made to weed out miscreants parading themselves as members of the Students’ Union to perpetrate fraud and antisocial actions.

In his reaction, the Acting Corps Marshall who was represented by Corps Commander, MH Hafeez pledge that will not hesitate to partner with the union in all their developmental initiatives that will promote the wellbeing of the teeming Nigerian student population.