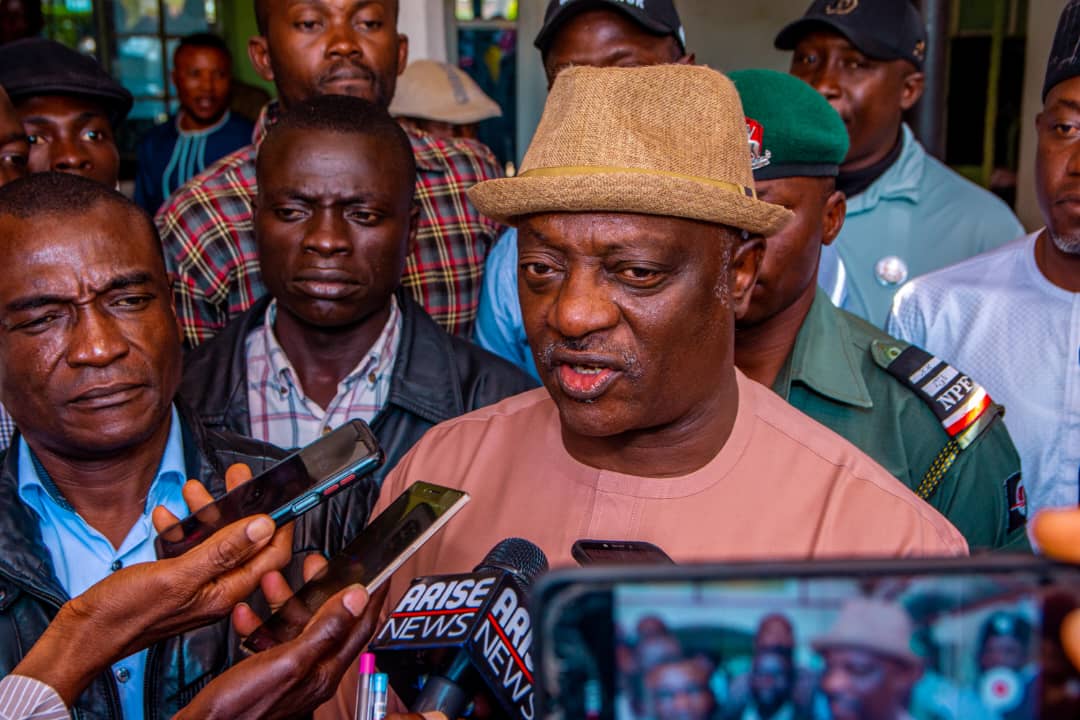 The Labour Party, LP, Governorship Candidate, Dr. Patrick Dakum, has promised to not only create job opportunities for the teeming unemployed youths, but to also make them employers of labour if given the chance to pilot the affairs of the state in the capacity of its Governor.

Dakum made the promise while addressing the different campaign support groups for the Presidential and Plateau State Gubernatorial Candidates of the LP, HisExcellency Peter Obi and himself Wednesday at Yelwa Club in Jos, the Plateau State capital.

According to him while narrating their discussion with Peter Obi on his last visit to the state on their set goals, the job creation he is referring to is not at the instance of being the governor’s personal and special assistants, but through the exploration of agricultural potentials and mining activities.

He said that political appointments will not take the youth anywhere, and cannot have them employing others, but self reliance through boosting agriculture and mining activities will make them strong and employers of labour.

Dakum added that Plateau has the best soil for farming all kinds of crops and is the greatest producer of Irish potatoes in the entire country, likewise is endowed with very rich mineral resources. And that they had a fruitful discussion with Obi on the synergy they will engage if given the mandates, on how they will boost mining and agriculture in the state to the advantage of the youth.

In the same vein, the LP Governorship candidate submitted that tourism which is one of the biggest potentials of Plateau, entertainment and sporting industries which produced great and excellent talents that have gone national and international in their careers will be given proper attention and support to quadripple the numbers in the industries.

Earlier, Dakum showered accolades on the campaign support groups which showed their determination and capacity as displayed during the one million march for Peter Obi.

He applauded them for their selfless sacrifices, saying most of them have been in the LP before his coming and have done so much for its sustenance.

Admonishing them, he said they should give all diligence to ensure that they close ranks, canvass for support by campaigning vigorously and doing all that pertains to the LP victory.

Dakum also admonished that they should support all LP candidates from top to bottom.

Speaking also, Rwang Pam Jnr, the Co-Campaign Director in Plateau, said all groups will be harnessed and categorized into three namely; state, zonal and local governments. And that all members will be given equal treatment.

The Director General of Dakum/Pwajok Campaign Council, Hon.Barr Joel Gwatau and Chief Maichibi Vwarji all advised groups to campaign for all LP party candidates and to shun the idea of supporting different political parties as it will not augur well for the campaign and elections, saying it will be injurious to the president and the governor when they get to power particularly when it comes to implementing their policies.

Finally, the running mate of Dr. Patrick Dakum, Barrister Edward Pwajok, encouraged them to remain focussed and resolute as they are the only means of winning the elections and salvaging Plateau from the shackles of bad governance.

He reiterated their commitment of making a better Plateau and empowering the youth through their excellent agenda.