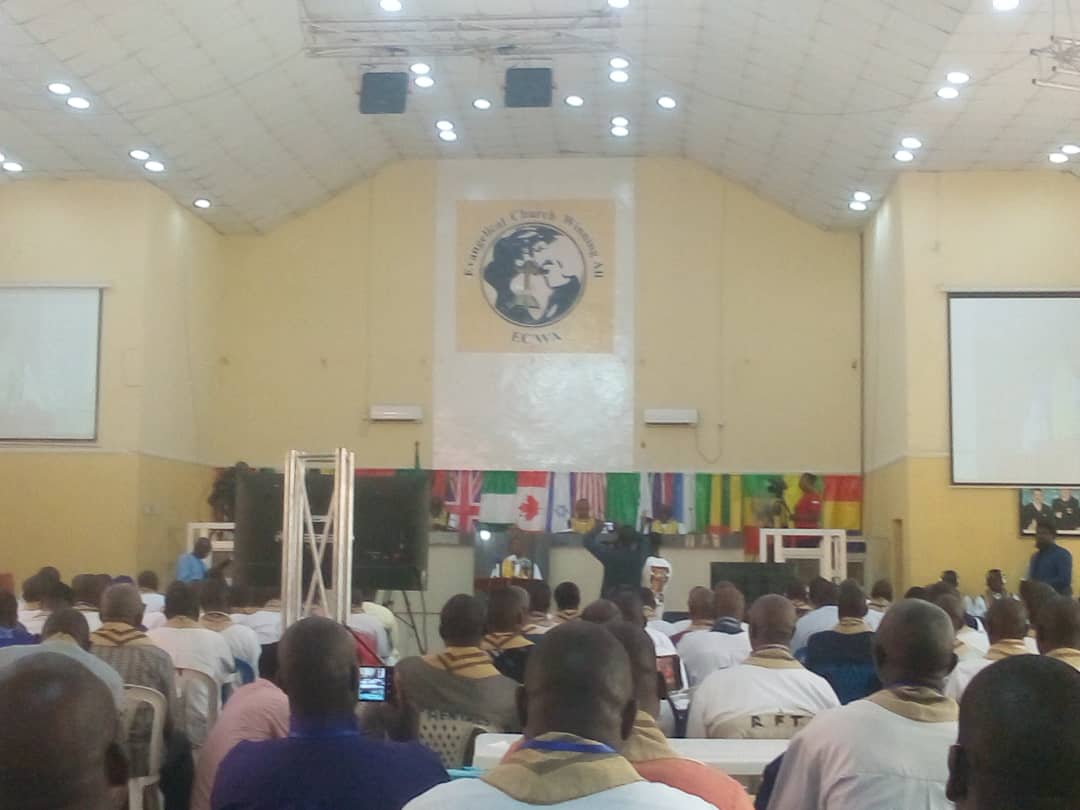 Council of Evangelical Church Winning All (ECWA) has expressed dismay with the continued disarray of the Nigeria nation in terms of insecurity, corruption and the near total collapse of the economy thereby leaving citizens helplessly begging for survival.

The ECWA church stated this in a communique issued at the end of the 6th general, Church Council GCC Meeting of the Evangelical church winning All held 4th -8th April 2022 at the ECWA international conference hall Jos, Nigeria.

Rev. Dr. Stephen Bala Panya , ECWA President in the communique said “the council condemned in strong terms the recent attack on the Abuja-Kaduna bound train, the killing and abduction of unascertained number of passengers by terrorists as well as the invasion of the kaduna international Airport, the constant killings abduction of citizens in Kaduna, Kebbi, Zamfara, Plateau, Niger and other states across the nation too numerous mention.”

The council also decried the failure of the government to carry out its constitutional responsibility of securing the lives and properties of the citizens despite huge amount being spent on security. “It therefore called on all tiers of government to do all it must do to secure the release of all abducted victims and bring to a halt the activities of these terrorists in our nation.”

The communique also condemned the continuous activities of radical Islamic terrorists groups including Fulani Jihadist militia, Boko Haram, I SWAP, and bandits terrorising the north, middle-belt and other parts of the country. The council also expressed great worry on the conspicuous silence by the Federal government of Nigeria under the leadership of president Muhammadu Buhari and it’s reluctance to descend heavily on the perpetrators of these heinous crimes.

We hereby call for Immediate release of the captives like the lingering case of Leah Sharibu who is still in captivity for the singular reason of not renouncing her faith in the Lord Jesus Christ. Other abductees in this category include: Grace Lukas, Alice Loksha Ngadah, Lillian Gyang, the remaining school Girls and several others. Council therefore re-echoes it’s call on the federal government to secure the release of the abductees and admonished Christians not to relent in praying to God for his divine intervention.

Also in the communique is the persistent strike by ASUU, AS UP and other Labour Unions, the council notes the key role education plays in positively shaping the life of individuals and a nation. “It observed that the Nigerian nation has for many years, been bogged with myriad of problems, including the constant strike actions embarked upon by many labour unions such as the Academic Staff Union of Universities (ASUU), the Academic Staff Union of Polytechnics (ASUP), and other Unions. We therefore appeals to the government and the striking Unions to put the interest of the nation first and resolve the individual crisis as soon as possible. This would forestall idle students from being easily recruited by terrorists.”

The council further noted with great concern the biting hunger among Nigerian due to the shortage of food supply as a result of insecurity of all kinds that have paralysed the activities of formers. The council urged the church to apply the wisdom of Joseph of old in Egypt to reduce the impact of food security issues. Also , the federal government should as a matter of urgency act decisively to avert the threat.

Council also laments that many young people have no jobs neither are they engaged in legitimate business. In addition many public servants retire early and thereafter remain unproductive. These idle persons, especially the young ones are easily available to be recruited for critical, etc and other anti-social activities.
“There is therefore the need to promote entrepreneurship as a means of equipping many capable minds and hands with positive skills and so contribute collectively to nation building. ECWA also reiterates the urgent need for job creation by government, the church, NGO, and the business community. Council equally urged the business community to invest not just for profit but also to offer some services to make positive Impact on the society, especially the poor and vulnerable”