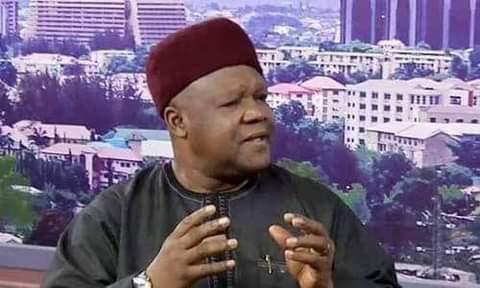 Senator Representing Plateau North Senatorial District in the National Assembly Sen. Istifanus Dung Gyang said he received the news of the demise of Dr. Obadiah Mailafia with perplexity says death though inevitable, has a way of depleting humanity’s very best and resourceful assets, the very category to which late Dr. Mailafia belongs.

He said Mailafia’s exit is a monumental loss to Nigeria.

Gyang described Dr. Mailafia who was the former Deputy Governor of Central Bank of Nigeria a citizen par excellence, a man of enormous intellectual and analytical capacity, a courageous, fearless and dogged crusader and an advocate for social justice, equity and fairness.

Senator Gyang who is the Deputy Chairman Senate Committee on Defense in a Press Statement signed and issued to Journalists on Monday in Jos by his Media Aide Hon. Musa Ashoms says Mailafia was an outspoken and principled personality who stood on the side of truth both in words and deeds.

“His brand of struggle was one anchored on openness, peace and non violence, yet he was hunted and harassed by the powers that be.

“The life and time of Dr. Obadiah Mailafia calls to mind the fact that it is better, profiting and benefitial to live and die seeking the good and betterment of humanity as against those whose agenda and life pursuit is to steal, kill and destroy”

He said his legacy of a gallant, irrepressible and heroic voice shall last, and last, and pray for his soul to rest on the lord.