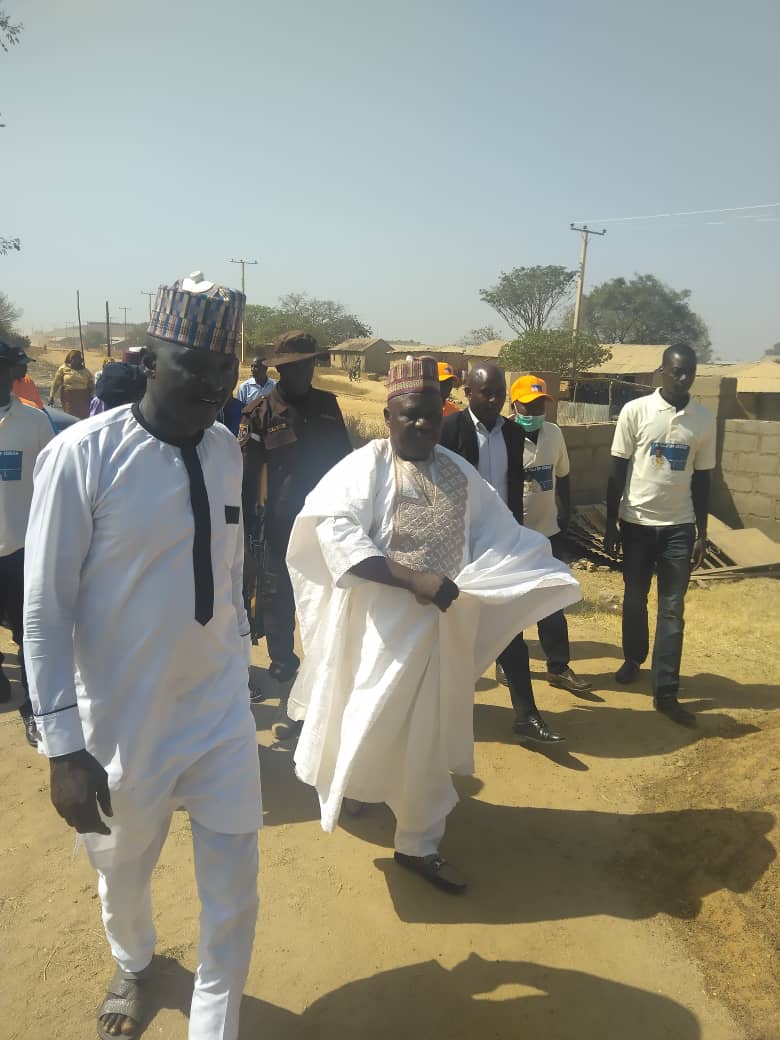 It could be recalled that 12 people were killed last week Wednesday night when unknown gunmen attacked Kombun village in Mangu local government area of the state .

Pwul who is a Senior Advocate of Nigeria SAN who yesterday paid a condolence visit to the people of Kombun ward of Mangu local Government over the attack said Kombun is known for peace and the attack came as a rude shock to everyone.

He sympathized with those who lost their loved ones saying he is affected directly because his root is Kombun and any thing that affects Kombun affects him directly.

Pwul who was accompanied by his wife, elder brother Chief Musa Pwul, District head of Mista Ali, HRH Danladi Akilu Kasuwa, some community elders and numerous supporters on arrival visited the Palace of the District Head HRH Da Tetmut Audi Gambo where he was received by council of Chiefs headed by the Sum Pyem who were on a condolence visit too.

Pwul said I commiserate with the people and sincerely beg that there should not be reprisal of any kind. I also encourage you to take your personal security serious”.

The District head who responded through the Madakin Kombun appreciated the visit saying, it is the first visit from an individual accompanied by such a huge crowd of sympathisers asides the Governor’s visit. He thanked Chief Garba Pwul SAN for the great show of love saying, “The people of Kombun are happy we have a son who is a national figure with a lot of achievement making us proud”. He prayed for blessings on the SAN, for success in all future endeavours.
There was also condolence messages from the wife Mrs Pwul who condemned the attack in all totality and prayed for comfort. Also there was appreciation from a community elder who assured Chief Pwul SAN of the support of Kombun people in all his future aspirations because of the great show of love in their moment of trial.
The visit was rounded up with the Presentation of a condolence letter as well as support to the affected community. Prayers were also offered.

The whole entourage moved to Bokkos local Government to celebrate with the Mandar community on the occasion of their 12th Annual Cultural Festival ( Dor Ma Ndik 2020) and the appeal fund raising for the establishment of a Computer base Test centre (CBT) which held at LGEA Primary School Bhut, in Bokkos Local government.
He arrived at the venue to a rousing welcome from the community and well wishers who came in great numbers to grace the occasion. Chief G.S Pwul appreciated the warm welcome from the community emphasizing that Mangu and Bokkos remain one and his visit is a home coming. He appreciated the rich cultural heritage of the people and their agricultural potential. He encouraged them to keep the spirit and never hesitate to invite him any day.
He underscore the importance of computer training in this age and time, giving credence to the brains behind the idea to have the centre. Thereafter, he supported the project with a huge sum of money and prayed for the realisation of the project.