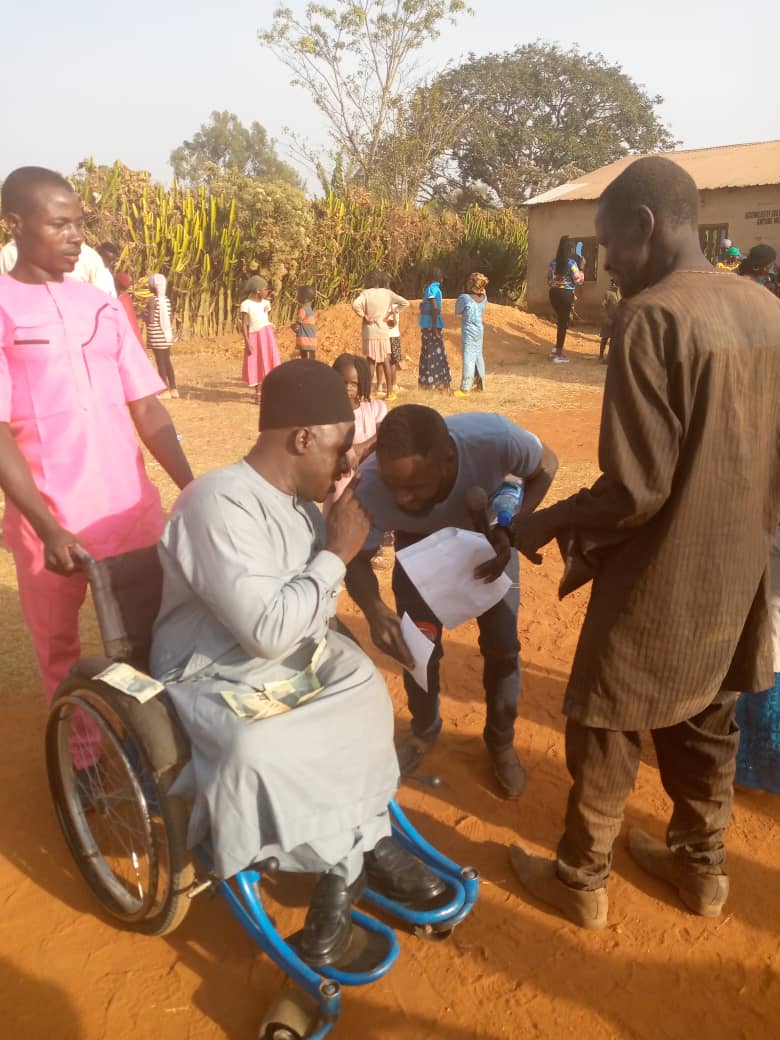 Man of the people and leading aspirant to Represent Mangu/Bokkos Federal Constituency, Chief Ayuba Burki Gufwan was at his characteristic best on Sunday, 9th January, 2022 as he honoured various invitations extended to him in Mangu and Bokkos LGAs respectively.

At the video Cassette launching titled, ‘maiceto na’ by Bamshak Augustine at COCIN LCC Chindom, Ampang West, Burki who attended the occasion as a special guest was given the privilege to chair the programme which he performed admirably to the delight of the crowd.

He eulogized the celebrant whom he described as a long time standing confidant and stated that many of the famous and successful musicians across the globe had their humble beginings from the church where their singing talents were spotted and harnessed. He charged guests present to support Bamshak.

While commuting back, he stopped by at the freedom party of Naanwal Danlami in Ampang West Town. The celebrant and guests could not hide their joy as they were surprised seeing the community Leader and bridge builder who grace occasions whether invited or not because it is in his character to always identify and share in the joy of people as it enhances social solidarity and cohesion in the society.

As someone with deep regards, respect and affection for the traditional institution, Burki who holds the traditional title of, ‘Talban Panyam’ was at the Palace of His Highness, Da Engr. Aminu Derwam, the district Head of Panyam to pay homage and offer condolence over the demise of the Paramount Ruler of the Mwaghavwul nation, Da Nelson Andak Bakfur which he described as painful and a huge loss.

The Burki campaign team was also represented by Bwehali John Maren at the freedom party of Kyenret Victor which held at Bokkos Youth Centre. Bwehali commended the celebrant for the successful completion of her apprenticeship in hair dressing, acknowledging the roles skill acquisition plays in reducing poverty and unemployment in the society. He supported the celebrant with cash on behalf Chief Burki, himself and D’yong Mangut.