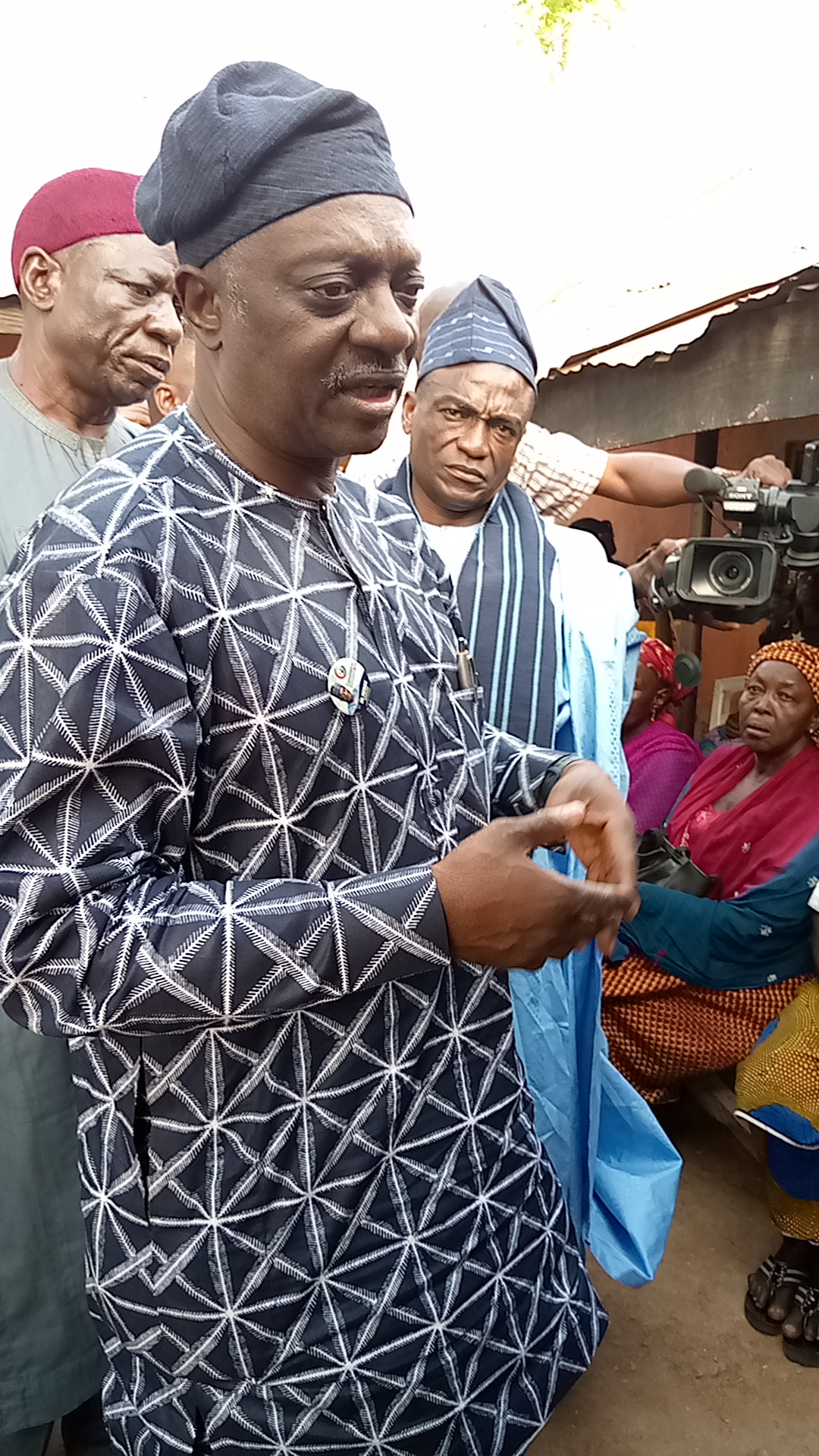 Dr. Patrick Sunday Dakum, the Plateau State Labour Party Governorship Candidate has reiterated that all tribes and cultures on the Plateau are eaqually important and as such, deserve to be treated with utmost respect.

Speaking at the 2022 Bit Gamai (National Gamai Cultural Day) celebration , official commissioning of the Gamai House of Unity and unveiling of the “Who is Who in Gamai Land Compendium,(tailored to the Who is Who on the Plateau) held at the Centenary Ground, Shendam on December 31st, 2022.

While calling for unity among all the tribes on the Plateau, the Labour Party Governorship Candidate, Dr. Patrick Sunday Dakum posited that no single tribe on the Plateau can survive alone as “every tribe is important and should not be taken for granted since the state belongs to all and sundry.
In his words “I came to Bit Gamai to enjoy the rich cultural heritage of the Gamai people as well as felicitate with the peace loving and accommodating people; and not for politics or any other reason”.
Dr. Dakum cautioned that announcing sums of money as one time donation does not necessarily translate to human capital development, insisting that his love and support for Gamai nation knows no bounds. He went on to add that Plateau people need rapid socio-economic development especially in Agriculture, Tourism, Mining, Security, Education, Health, Economy and Empowerment using the Human Development Index (HDI).
“I don’t need to mention what I have done for Gamai people as my CV and track record speak for itself and I have about 12 Gamai sons and daughters working directly with me at the Institute of Human Virology, Abuja” he said.

He went on to unveil the book Who is Who in Gamai Land Compendium with the sum of One Million Naira.

Chairman of the occasion and member representing Pankshin, Kanke and Kanam in the House of Representatives, Hon. Yusuf Adamu Gagdi in his remarks posited that the Gamai man has a peaceful disposition that is why Governor Simon Lalong has been able to bring peace back to Plateau State.

Gagdi who launched the book with the sum of Ten million naira went on to say that every Candidate in the 2023 general election should campaign with what he or she has done for the people.
Rt Hon Idris Maje, the Deputy Speaker of the House of Representatives in his remarks appreciated Governor Simon Bako Lalong for being a true son of Gamai Land considering the appointments and infrastructure he brought to the area.He admonished politicians to show their worth at the polling booths and not at the Bit Gamai. He donated five million naira at the occasion and donated one million on behalf of Hon Alphonsus Longgap Komsol.
Hon Komsol on his part expressed disappointment at the party primaries that robbed him of victory at polls.

Governor Lalong who expressed joy over the festival said the threat to indigenous languages by English and other languages means the Gamai people must rise to help children and youth speak the Gamai language.

Lalong said as part of the legacy projects the Shendam by pass, Ajikamai/Shimankar road, the longest bridge in Plateau State, Federal Polytechnic Nyak, hospitals and other developmental infrastructures have been put in place for the benefit of the people.

The Deradicalisation of ASUU and the Universities? – Amputated Negotiated and Matters Arising