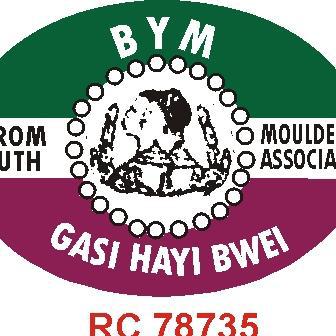 The event which took place at Retna Suites Hall Jos South LGA was attended by youth leaders of other ethnic nationalities in Plateau State, pass leaders of the BYM, leaders of other Berom Associations, Traditional Rulers, Political leaders and Illustrious Sons and Daughters of the Berom nation.

Speaking shortly after the inauguration, the newly elected President of the Association, Dalyop Solomon Mwantiri, Esq said his administration will review the existing “Strategic Plan” of the BYM and amend the BYM’s Constitution to address all patent lacunas and reflect the current realities.

Mwantiri said there will be grand celebration of the 40th Anniversary of the BYM in 2022 and stressed that his administrstion’s-led EXCO will strengthen the Association at both Districts and Branches through conscious awareness campaign on the Berom nation’s value system.

He pledged to be transparent and accountable by presenting an annual financial report with reflection of External audit report.

He also reiterated that his administration will work to ensure the Association is financially independent.

He added that in line with the slogan of Reconciliation, Reconstruction and Rehabilitation, his administration will focus on Liberating Berom land through joint effort of all sundry that passionately love developmental program of action.

Earlier in an address, outgoing President of the Association, Arc. Gabriel Sunday Badung appreciated the support given to his administration and called on members of the Association to Accord same support to the newly elected officials.

He said despite the challenges experience at the last lap of his administration, the Association has made history for having the first smooth transition.

He said his administration had focused on making the Association financially independent through the 1,000 capacity Event Centre which is at roofing stage and has also ensured that displayed persons from 8 communities have returned to their ancestral homes.

The Gbong Gwom Jos, Da Jacob Gyang Buba who was represented by the Da Gwom Rwey of Jos South, Da Nga Dangyang congratulated the newly elected officials and called on them to work together for the development of the Berom nation.

There were Goodwill messages from Da Francis Jamang on behalf of past Leaders of the Association, Member Representing Riyom Constituency in the State House of Assembly, Hon. Timothy Dantong, Member Representing Barkin Ladi/Riyom Federal Constituency, Hon. Simon Mwankon and Distinguished Senator Istifanus Dung Gyang who all applauded the Berom Youths for the peaceful conduct of the Elections and called on them to support the new leadership.