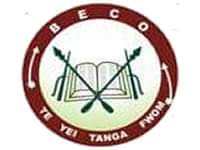 The Berom Educational and Cultural Organisation (BECO), is extremely saddened by the sad news of the horrendous and dastardly attacks on the good people of Kulben village of Kombun in Mangu LGA.

The very sad event which took place on Wednesday, January 7, 2020, came to us as a very rude shock. This is because hitherto, we had come to wrongly interpret the relative peace in our surroundings as the return of peace. We couldn’t have been any further away from the reality of our state of siege, given the fact that we are gradually accommodating in our communities, persons of bestial attributes, whose mission is to kill, steal and destroy.

This is more disconcerting when it’s realised that an unfortunate pattern of attacks by so-called ‘unknown’ gunmen, seems to have gradually taken shape. That our security agents have either deliberately refused to make arrests or that their rules of engagement on the Plateau prohibits from making any arrests, makes the whole scenerio very sad, disturbing, confusing and unacceptable. The law must be seen to live to its cause of safeguarding lives and property. Anything less than this is totally unacceptable.

We in BECO, while identifying with our brothers and sisters in Kulben, over the unfortunate but preventable and avoidable loss of precious lives, have no hesitation in totally condemning this heinous crime against humanity.
While we pray for the repose of the souls of the departed, we call on government to go beyond mere rhetorics by fishing out the perpetrators and subjecting them to the law.