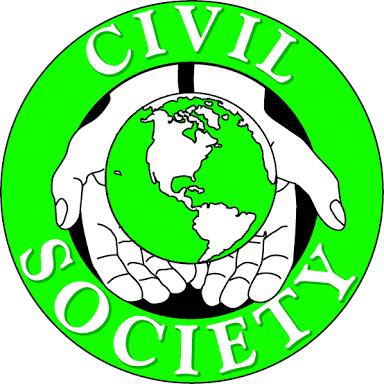 *Appeals to public to disregard it

A coalition of 50 human rights and peace advocate groups have decried media reports credited to some people of Gwafan Community in Plateau State accusing soldiers from Operation Safe Haven,(OPSH) of killing four youths during recent uprising in the state.

The youths were said to have died during the raid on the house of the former Speaker of the House of Representatives, Hon. Yakubu Dogara located at Lamingo area of the state.

The mischievous persons had in a media statement, accused the soldiers of being responsible for the death of the victims, one of whom was identified as Daniel Simon,a 300 level student of Biochemistry, at the University of Jos.

But the human rights and peace advocate groups in a swift reaction, said the allegation against the military taskforce was false just as it alleged that it was deliberately falsehood carried out to instigate the general public against the security agencies in the state.

To this end, the coalition, in a statement appealed to the public to discountenance the allegation, saying its findings following interviews and meetings with some eye witnesses in the community exonerated the soldiers.

The coalition which condoled with the families, people and the Government of Plateau State,said it was compelled to speak on the issue to set the records straight, given their active roles in ensuring peace on the Plateau.

The statement read in full:” We wish to express our heartfelt condolence to the families of Daniel Simon, a 300 level biochemistry student of University of Jos and three others, who died some days at the Lamingo Dam during the confusion that occasioned the burning and looting of private and infrastructures in Plateau State.

“Our hearts go to the families,the Government and people of Plateau State over this ugly development.

“However,we received with rude shock the blatant and concocted lies alleging full complicit of men of Operation Safe Haven by some mischievous people in Gwafan Village in Jos North Local Government of the state as published in the media prominent among which Vanguard Newspaper.

“As human rights and peace building organisations traversing the nook and cranny of the state with a view to ensuring a better society,we are shocked that this people emphatically accused Operation Safe Haven,OPSH, the special military taskforce set up to maintain internal security in Plateau,some parts of Bauchi State and Southern Kaduna area that its personnel killed four youths during the raid on former House of Representatives, Hon. Yakubu Dogara’s house at Lamingo area of Jos.

“Ordinarily, we would not have joined issues with allegation by the community neither should we have done same with the reporter that displayed her high-level incompetence and professional deficiency because we are not spokespersons to the Nigeria Military or Operation Safe Haven.

“But as responsible civil society organizations whose thematic area is on peace and security and also serve as watchdogs to the society, it will be unfair to allow this daylight lies and unprofessionalism stand.

“It will not only be morally wrong but also spiritually unacceptable to watch people lie against the security forces who performed excellently during the youths restiveness without any human rights violations.

” Even though the report in itself is contradictory and inconsistent, we wish to clearly state that it was bias, malicious and a deliberate attempt to rubbish the good work of the special taskforce which carried out its constitutional mandate for securing lives and properties in the country professionally during the uprising to the delight of most of the law abiding citizens of the state.

“We are compelled to issue this statement because we feel we must stand and speak the truth for the sake of the country.

“For the records , every eye witness we interviewed regarding the role of the security forces during the youth uprising in the state,particularly in Lamingo area,confirmed that the military did not fire one shot either in the air or direct to hoodlums.

“As a matter of fact, our sources confirmed that contrary to the allegation against Operation Safe Haven, they were very friendly and professional during the raid of the former speaker’s residence.

“While it was confirmed that some persons who scampered to different directions for safety on sighting other security personnel even before the arrival of operation safe haven to the scene regrettably fell into a constructed dam at the area, the eyes witnesses also confirmed that there was no sign of bullet wounds or any mark of violent on any of corpse found in the dam.

“From our observation, even as we are not pathologists, one cannot but see that the possible cause of the deaths in the dam could be drowning. Our firm belief in this considering that the bodies of the victims were found without trace of bullet wounds or trace of violence.

“The authorities had planned autopsies on the bodies but the families rejected this professional way of unraveling causes of deaths. We wonder why the families of the deceased refused autopsy. At least, autopsies would have revealed the actual causes of these deaths.

“It is curious that the allegation was only planted in Vanguard, a reputable national daily. The rush by the author, a resident correspondent on this story leaves much to be desired. We wonder what interest the reporter was serving to have jumped into such a hasty conclusion without proper investigation.

“We advise the public not to always find it convenient to attempt to criminalize our security agencies just because we don’t like their faces. For most of us, we can attest to the fact that several lives and property were saved as a result of the prompt and professional intervention of the military task force during the crises. We are aware that over 300 looters and hoodlums were arrested in the state and large quantities of looted items recovered. The troops also prevented the hoodlums from gaining access into several other government and private property and facilities. If we can’t commend them we should be fair enough to desist from falsely accusing them.

“While we strongly sympathize with the families of the deceased, we call on the general public to disregard this outright falsehoods aimed and instigating people against the security agencies.”