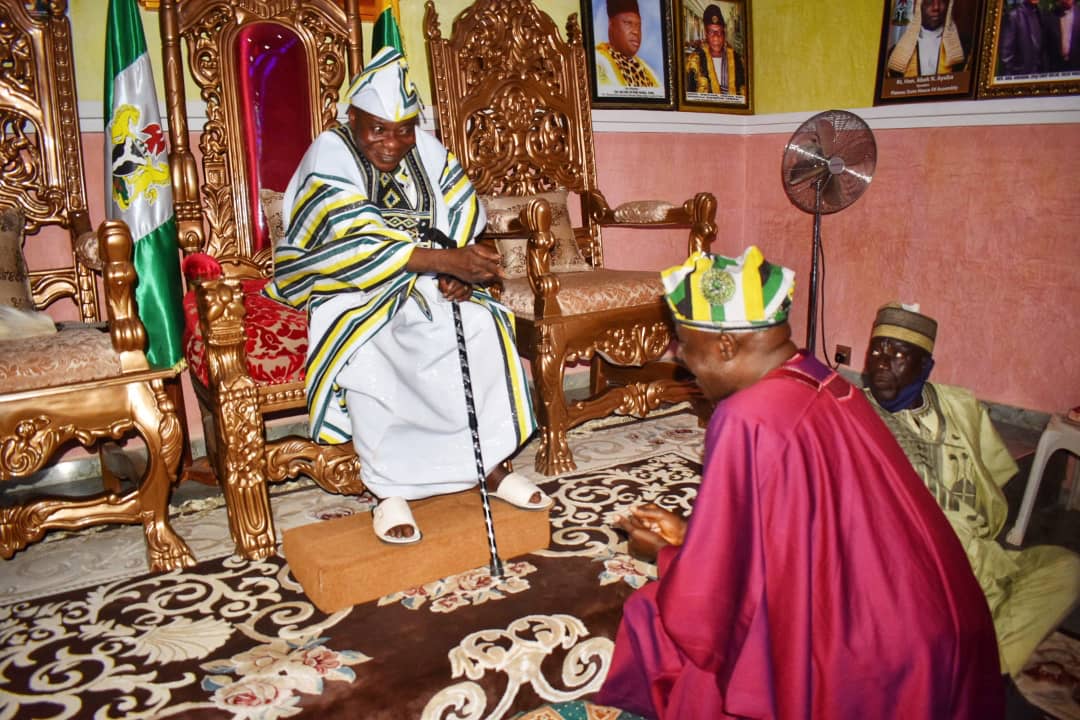 The Paramount Ruler stated this when Senator Gyang paid him a royal visit at his Palace in Shere, Jos East Local Government of Plateau State.

He described Senator Gyang as a true representative of Plateau North in the Red chamber that has so far, stood out in terms of capacity performance.

“I’m happy that you are here. I hope you know how much we love you in Jos East, how much we cherish you. It is not an exaggeration to say that you are one of the best Senator we’ve had in this Senatorial District to date.”

Senator Gyang who was accompanied by Rt. Hon. Abok Nuhu Ayuba, Hon Isaac Arin, Hon Daniel Izang and other illustrious sons of Izereland pledged to continue being the voice of the Senatorial District in the National Assembly.

He disclosed that he has executed not less than four projects in each of the six Local Government Areas of the Plateau North Senatorial District most of which will be commissioned this January, 2022.

Senator Gyang had earlier attended the Shere New year Celebration where he donated cash amount for the development of the community.

The Senator’s entourage had a detour at Angware where he inspected streetlights that the “Let there be light” project that he took to Angware and Zandi in Jos East.