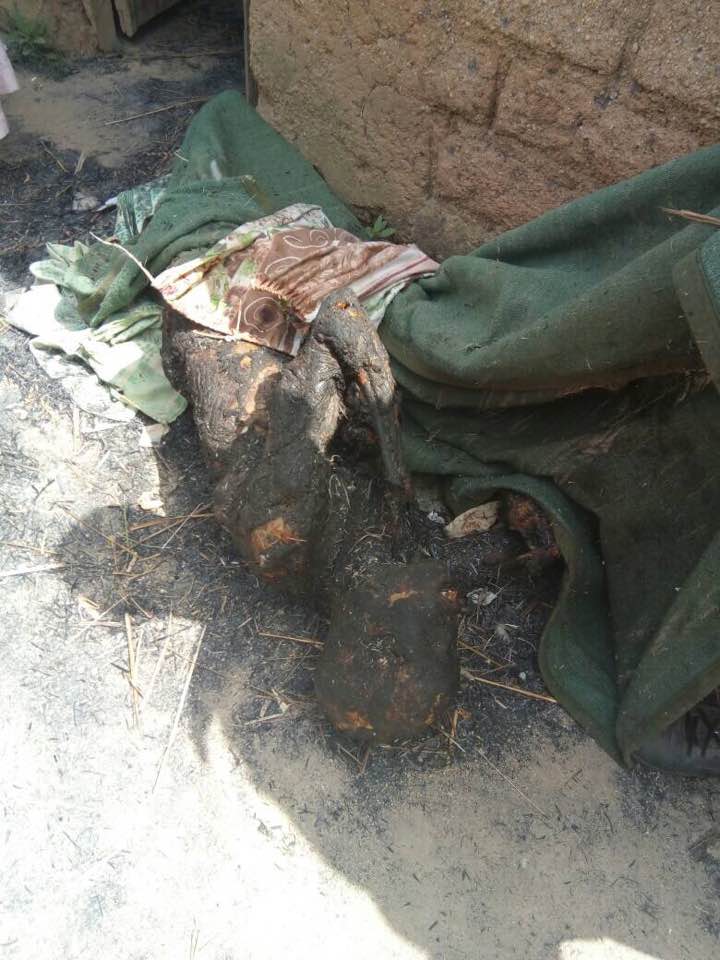 It is with immense sadness that ViewPointNigeria reports of yet another attack launched on a small hamlet in Bassa LGA this morning, October 15th 2017.

Reports by our correspondent, confirms that 6 people were killed in Taagbe village by suspected herdsmen.

Speaking to an eye witness who escaped the melee he said, “as the entire community was asleep at 3:00, it was awoken by rapid gun-fire, causing pandemonium and confusion”. “The assailants then went from house to house finding people who had hidden in various corners, maiming/killing them”.

In addition to the 6 who were killed, numerous other were said to have sustained injuries of varying degrees as they escaped the gun fire. Several corpses of the dead were charred/burnt beyond recognition – with the entire village razed down.

At the time of filing this report, most inhabitants of the villages had evacuated the area in their droves and had headed towards Rantya and Dong areas (which are just outside Federal Lowcost).

Below are pictures, with our Analysis further below

This attack, which is happening less than 24 hours after the Governor of Plateau State, Barr Simon Lalong declared a dusk to dawn curfew in the area, makes mockery of the curfew declaration and his capacity to restore peace and order.

It shows how ineffective the curfew declaration is. And proves that the observance of the curfew is only applicable to farmers in the villages, but not to the marauders who are free to roam and decimate people.

I am confident that our Governor, Barr Simon Lalong is incredibly disturbed by this menace, but there is no  doubt that the majority of people are starting to lose faith in the government’s ability to restore calm because it have not come out clearly to call a spade a spade. The government rather hides behind dubious words like “clashes”, calling the deliberate extermination of its people by politically ambigiuos words so as not to offend segments of society, thereby guaranteeing their re-election.

Let me draw your attention to the fact that it was reported yesterday that PLSG had mandated the STF to undertake an extensive military search of the entire areas surrounding Bassa LGA.  Given the seriousness of the matter on ground, shouldn’t the military search be a matter which should be undertaken with great secrecy (without media publicity), so as not to cause the marauders to flee? But as it is, the announcement was made publicly – thus calling into question the genuineness of the efforts.

With so much insecurity, angst and uncertainty in Plateau villages – this is what PLSG needs to do to give its citizens confidence that it is on top of the situation.

Just to add a final point, the “Grazing Reserves” idea which many of us fought to ensure it does not happen is already being achieved. How, you might ask? Well, the primary intention of all these attacks is to force people away from their communities to make way for free grazing of cattle.

And as we speak, thousand have already fled – leaving swathes of land for herdsmen to graze unhindered. And if you consider that crops are just coming up to harvest, it paints a very interesting picture.

Rivers of blood in Plateau, as another 27 killed in Bassa overnight attack