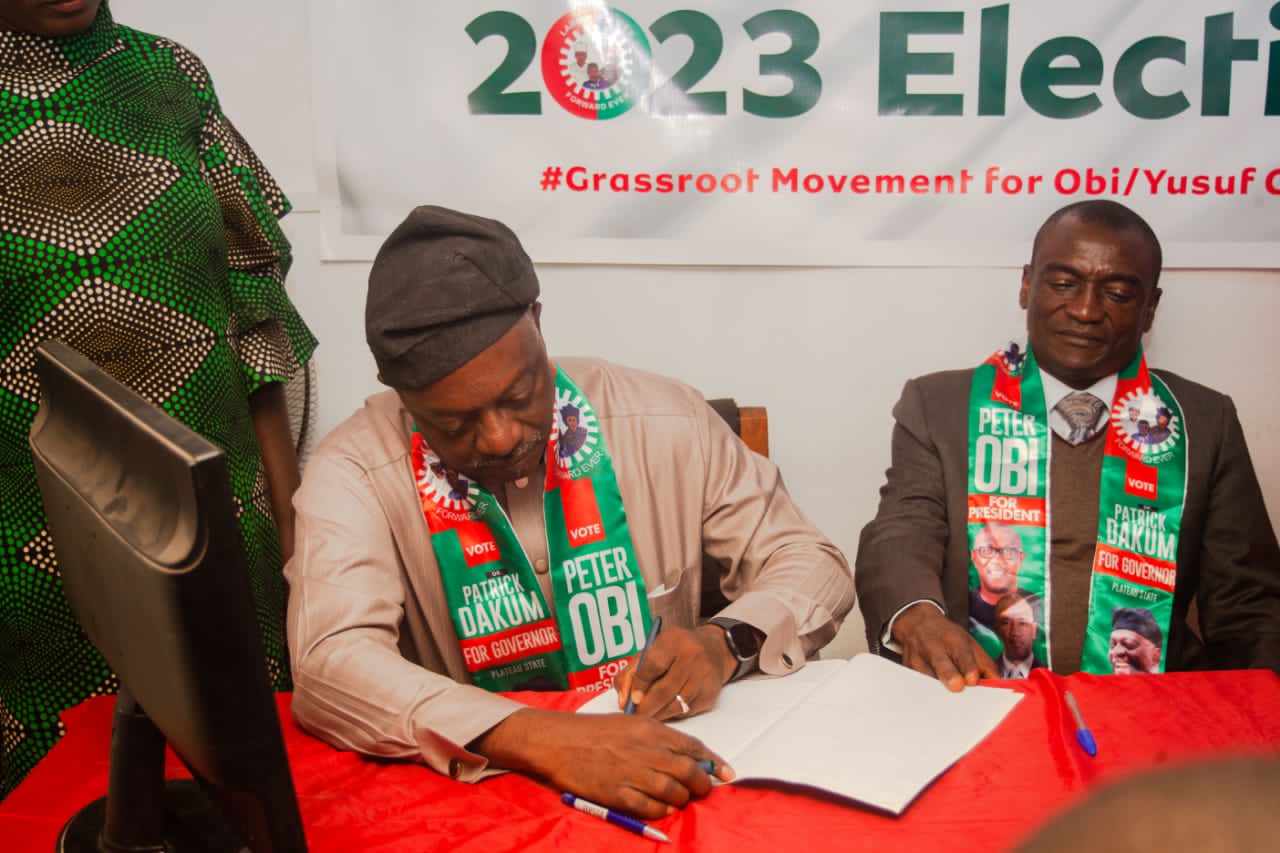 Dr. Dakum made this assertion during a campaign office commissioning at Rukubu Road in Jos North Local Government Area of Plateau State

The Labour Party Governorship Candidate appreciated the coordinator and charged members to engage Political Candidates on what they offer the people and Community if elected.

He equally encouraged members to go and verify among the fellow contenders if there is any party with such a great combination of a Professor, international public health worker and a Barrister who is a senior advocate and also a life bencher.

He called on Plateau people to trust him and his Deputy with the resources of the state for positive impact.

Earlier, the coordinator of the Grassroot mobilizations for Peter Obi Datti and Dakum Pwajok Plateau State chapter Comrade Emmanuel Chidi, said the reason of having an office is to enable them have a meeting point and also to be giving a situation report at the grassroots level.

He said one their functions amongst other is grassroots mobilisation and support from the local level, towards the organization of activities to promote the candidature of the labour party from top to bottom.

The representative of the State party chairman Hon. Grace Zamfara who is the deputy chairman Comrade Mike Audu appreciated the group on behalf of the state labor party for their endless support to the party.

Mike also promised to work in partnership with the support group to ensure victory of labour party across board.