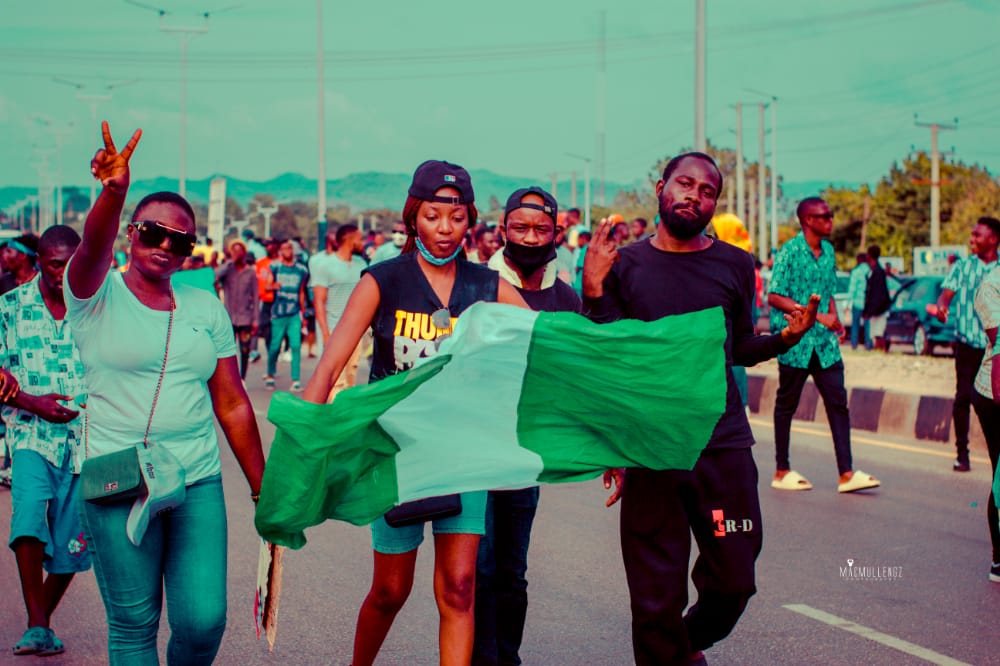 Key personalities of the Jos #EndSARS protest have outlined their demands to bring an end to the current imbroglio which has paralysed activities in Jos, Plateau state.

Speaking on the ViewPointNigeria webinar discussion yesterday evening (Tuesday 20th October) on the topic “Why we are protesting and our key demands”, the arrowheads averred that the simple reason they are out on the street, was to protest against police brutality, bad governance and injustice.

They stated that their demands include full compensation to all victims of the numerous crisis/killings in Jos, quick review of welfare for police officers, massive reduction in the cost of governance, accelerated infrastructural development, amongst others.

They indicated that their protest was entirely peaceful and as such dissociated themselves from all the looting and disturbances that took place at Ahmadu Bello way etc. Saying “what you saw at Ahmadu Bello way were sponsored counter protesters who invaded to unleash mayhem. They were not part of our #EndSARS protest.

They youth who attended the webinar under their aliases (in order not to disclose their identities), expressed real disenfranchisement at the way the Governor has continued to shy away from coming over to address them.

One of the key personalities, Mr John Doe (an alias), said “the arrogance and outright disregard for these youths who are out here protesting is absolutely appalling. The governor must as a matter of urgency come and address us or they risk heightening what is currently going on”.

On their part, Mrs Good Governance (an alias) and Mrs Milly Protester-X (another alias), expressed dissatisfaction at the way victims of the numerous killings and attacks on the Plateau are being left unrehabilitated. They said “the utterances of the current chief executive of this state has been rather disappointing. He has not inspired much confidence that he is for the people. How can people be continually being killed and you keep going to Abuja to align with other interest not that of your people“.

Also at the meeting were elders like Dr. Patrick Dakum, Mr Obadiah Tohomdet, Prof. Nuhu Dakum, Mr John Dakum, Prof Salamatu Machunga-Mambula. Dr. Dakum and other provided words of wisdom to the youth and cautioned against allowing the protest to turn violent.