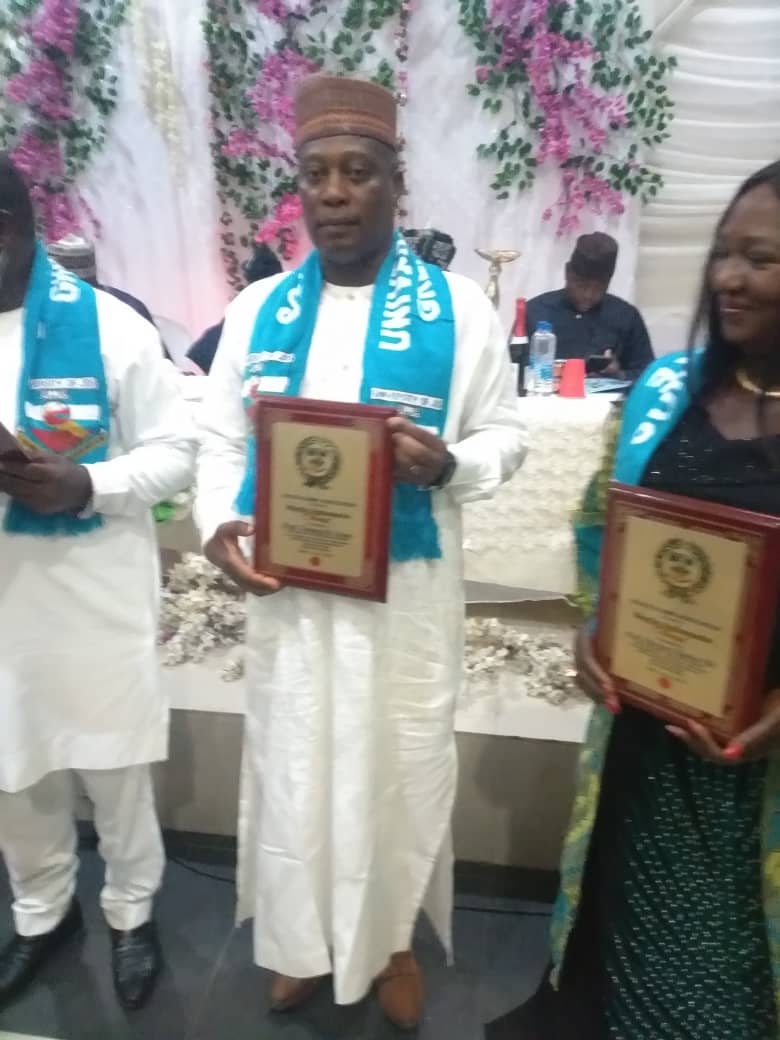 The University of Jos Alumni Association has conferred an award of Worthy Ambassador to Professor Yohanna Daniel Izam, the Vice Chancellor of Plateau State University (PLASU), Bokkos during an Award and Fundraising Dinner on June 26, 2021 held at the Eliel Centre, Jos.

The dinner which was held in honour of the immediate past Vice Chancellor of the University of Jos, recognized the strides being made by Professor Izam. He was described as a worthy ambassador of the alumni association for his dedication, hardwork and service to the fatherland in his capacity as Vice Chancellor, PLASU. Speaking on his behalf as well as other fellow awardees, Professor Angela Miri appreciated the Unijos Alumni body for honouring them saying that this will only spur them to continue in their service to the country and humanity.

In order to give a befittingly honour the outgone Vice Chancellor of the institution, Professor Sebastian Seddi Maimako who was described as one of the best so far, the event was supported by the Directorate of Alumni Relations, University of Jos. Professor Maimako was appreciated for his unrelenting support to the Directorate and by extension the Unijos Alumni Association Worldwide. Also his outstanding achievement within five years was highlighted.

Present at the event to support Professor Izam was Mr Markus Arin Atsen, the Chairman of the PLASU Alumni Association Worldwide. He showered encomiums to the Vice Chancellor describing him as a visionary, dynamic and pragmatic leader.

Apart from Professor Yohanna Daniel Izam, other awardees include Professor Sebastian Seddi Maimako, and Professor Florence Banku Obi, Vice Chancellor University of Calabar to mention but a few.. There were goodwill messages from other guests and well-wishers.