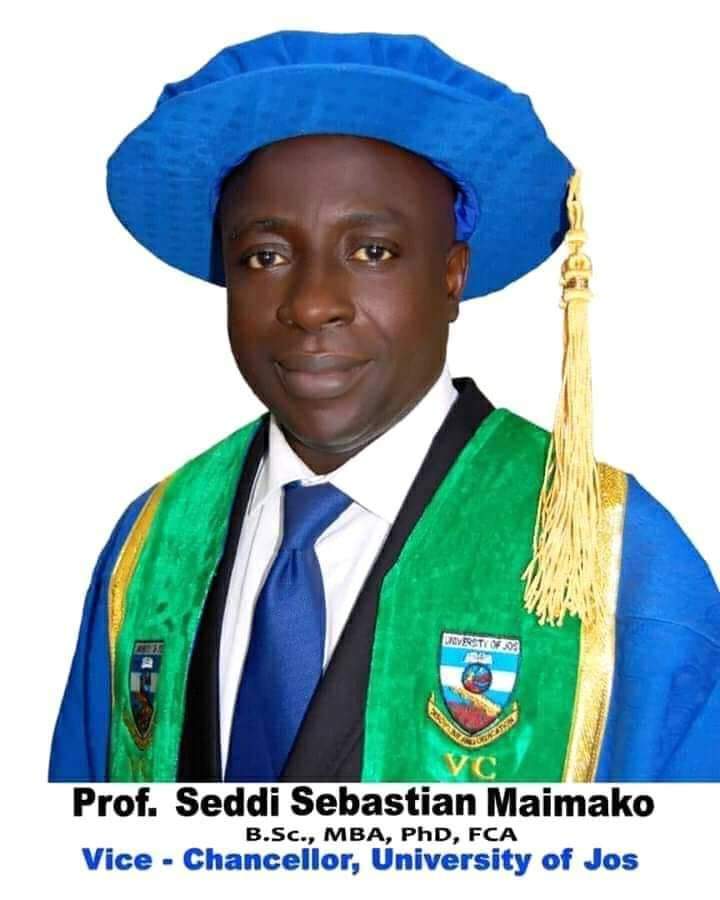 Prof. Seddi Sebastian Maimako, indeed is a phenomenal leader. His leadership style promotes peace, discipline and unity all through the university (in both Bauchi road and permanent site campuses, respectively). His efforts drew forth tremendous and sustainable development.

He has received numerous awards of excellence for his remarkable achievements within his stint as the Vice Chancellor of University of Jos (as he greatly improved the level of human and capital development in the University).

He has unrelentingly proven to be a great MANAGER not only in profession but in practice, as he repositioned the school to its great height; through massive infrastructural development. We never envisaged we’d witness the Permanent Site take as-such a shape from its prior and old look. Staff welfare was so under-prioritised before his intervention, school calendar has been stabilized (even as we experienced a huge setback during the pandemic when schools had to be on lockdown). In entirety; the Staff and students now have a better, verily conducive learning/working environment.

Therefore, he has promoted a sense of belonging for and to all (in respect, we’ve learned through him to set aside our differences, whether religious, ethnic or whatever inclination or sentiment).

He has experienced tons of challenges through his while, which set him on a path to do more and better.

Ask a Josite to define what a Vice Chancellor is, and I (and the rest of the lives he has touched through his achievements) will write his name and milestones achieved into ten pages.

Let the history books tell and it must be known that Prof. Maimako rebuilt the University of Jos to reclaim its past glory.

I remember in the last meeting i attended that you graced, You said in your speech and i quote (though not verbatim) “I believe it is destiny that brought and led me here. I’m thankful to God for the position that he has blessed me with and if He says this to be the final position and assignment for my lifetime, I’m eternally grateful”.“And if there’s another one to come, we won’t cease to say our infinite gratitude to the Almighty “

I wish you more heights in success even as you exit office as the Vice Chancellor of the University Of Jos, in a few months from now. Cheers to better days ahead Sir.

It’s in my uttermost prayer that God, Almighty in His sovereignty will continue to bless this great University with spectacular men (as you). Who will join on your legacy and thus build on the structures you unrelentingly laid down for us.

Haruna Yusuf Abba
Writes from the Department of Political science Unijos and the pioneer President of Gamji Memorial Club, University of Jos.

WHAT IS THE HOPE OF THE COMMON NIGERIAN TODAY?