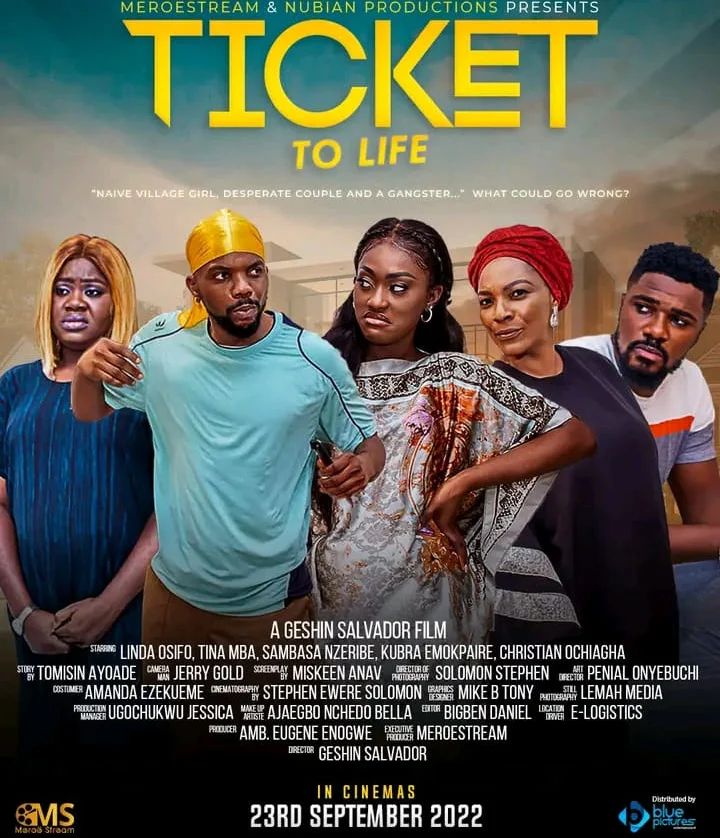 Meroestream and Nubian Productions film debut feature film has officially premiered in Lagos, ahead of its theatrical release set for September 23, 2022.

The drama directed by Geshin Salvador recently screened in Lagos, Nigeria to rave reviews by press and film industry influencers in attendance.

“I wanted to effectively capture the gut-wrenching travails experienced by humans in overcoming their life demons,” Geshin Salvador, the film’s director, told members of the press in a Q&A session. “The film had to be set in a world that was true to the story without pictures of wealth or affluence.”

Written by Miskeen Anav from a story by Tomisin Ayoade, Ticket to Life follows a young woman’s quest for greener pastures that uncovers a haunting secret. She must make a deal with an archenemy to preserve her only means of survival against another enemy.

“In the past three decades, I have watched Nollywood and felt we are better than most of our outputs,” said Olayinka Quadri, the film’s co-Executive Producer.

“About a year ago, I decided I would be part of the solution and not sit on the fence anymore. This led to Meroestream and our partnership with Nubian Productions to produce scripted TV and feature films.

“We set out to source great stories, and pull together talented people to paint the film. I feel we hit the spot on those points with Ticket to Life.”