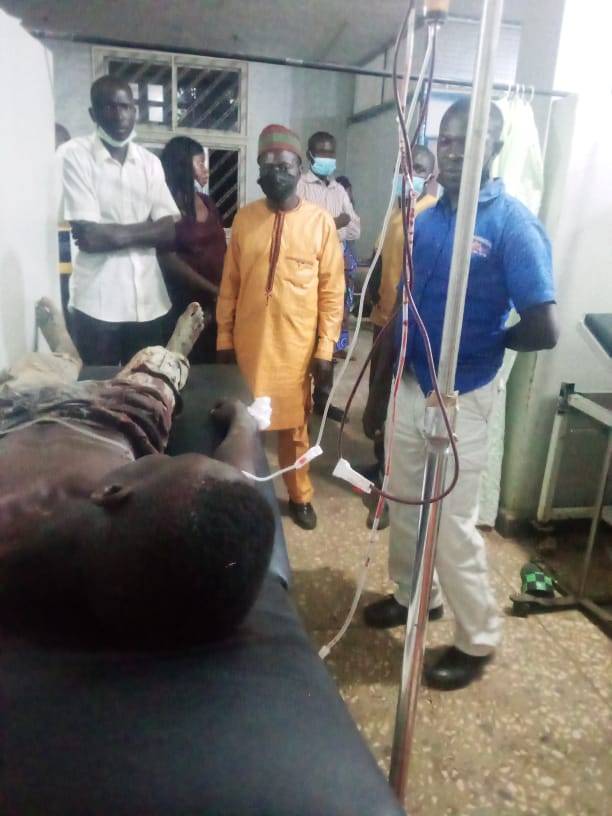 The terror attack of Wednesday 05/04/22 on IDPs who went to rebuild their ancestral home at Rantis, Gashish in B/Ladi local government killing two persons and wounding several others has outraged Senator I. D. Gyang who described the attack as the height of impunity and wickedness.

According to Precious K. Nyako
Special Assistant on Media to
Senator I. D. Gyang, Esq, the Senator says that it is obvious that the terror attack was meant to deny the return of the native IDPs to their ancestral home and turn the displaced communities in Gashish into a new homeland for killer herdsmen for permanent forceful occupation.

Consequent upon this heinous act, Senator Gyang who is the Deputy Chairman of, the Senate Committee on Defence is calling on the Commander Operation Safe Haven and the Commissioner of Police Plateau State Command to ensure that the terrorist are apprehended for prosecution. He also urges that security be provided to guarantee the safety of the IDPs undertaking the rebuilding of Rantis ancestral home.

Senator Gyang is equally reminding President Buhari of the need to redeem the #10 Billion Federal government pledge which was made to assist in rebuilding and resettlement of communities destroyed by terror attacks in Plateau state.