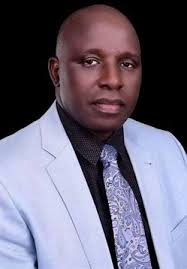 Senator I. D. Gyang has received with sadness the report of night terror attack which claimed the lives of 5 persons at Fobor and Naton communities of Jos East local govermment.

The terror attack is yet another sad commentary in the worsening security situation in our nation, a challenge that calls for more concerted effort by government and the security agencies.

Senator Gyang commiserates with families of the slain victims and urges all communities to emplace and sustain vigilance.