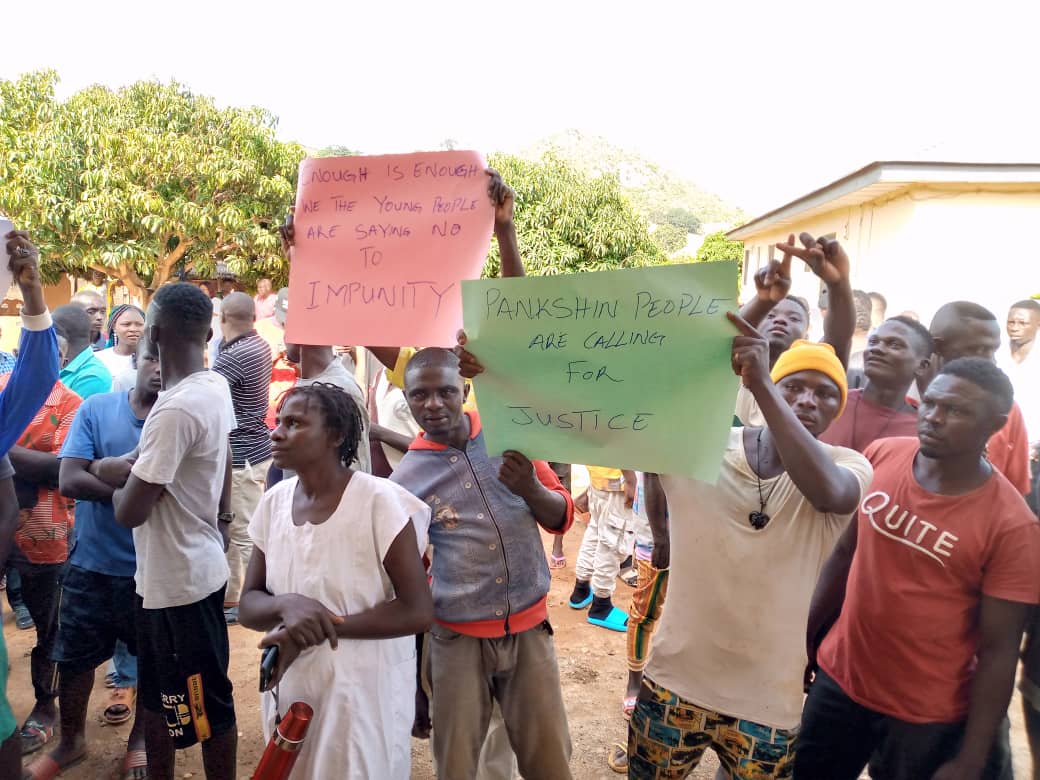 Concerned Pankshin people demonstrated their displeasure over the conduct of the APC primary election which has not been announced till this moment.
Supporters of the candidate who is said to have been the front line aspirant took to the streets to express their sadness over what happened in the local government in the name of primary elections.

The group which is tagged “Rotshak support group” addressed a letter to the governor and called on him to intervene as a matter of urgency to forestall the breakdown of law and oder should any name be announced against the wish of the generality of the people of Pankshin.

The letter reads below;

Sir,
LETTER OF COMPLAINT ON THE FRAUDULENT CONDUCT OF APC – CHAIRMANSHIP PRIMARIES IN PANKSHIN LOCAL GOVERNMENT
You can recall that the Plateau State Independent Electoral Commission (PLASIEC) rolled out time table for the conduct of Local Government elections in Plateau State and directed all political parties to conduct primary elections and submit names of chairmanship and councillorship candidates within the time so stipulated in the guidelines.
The APC first scheduled the primary elections for chairmanship and councillorship candidates on the 23rd of June, 2021 but later reschedule the elections to the 24th of June, 2021.
Our candidate Mr. Rotshak Gideon Yokdan bought the nomination form from the APC party secretariat with a few other contestants interested in contesting for the chairmanship of Pankshin Local Government Area. We and our Aspirant campaigned and conducted rallies across the 20 electoral wards in Pankshin Local Government Area and also make contact with various interest groups, community development associations, women groups, youth groups, religions group’s etc. Our effort’s and the personality of our candidate (Mr. Rotshak Gideon Yokdan) make’s us extremely popular in all the 20 electoral wards in Pankshin Local Government Area. But we are all surprise on the day of elections by the unruly conduct of electoral officers sent to conduct elections in Pankshin L.G.A
Sir, we wish to draw your attention to the following irregularities perpetuated in Pankshin by the electoral officer’s, which we see as an act of injustice to the peace loving people of Pankshin L.G.A.