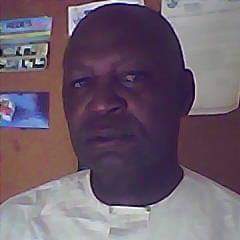 As a public commentator and a defender of public morality,I want to categorically correct an erroneous narrative being sold in the public domain that Dr. Nentawe Yilwatda Goshwe is sued by one of the contestant in the APC primaries that produced him as a flag bearer of the APC.

This narrative is not only misleading,false but a calculated attempt to cause mischief and disaffection among his million supporters in plateau state .

This falsification can only come from desperate politicians who ordinarily can not win elections on merit but their old ways of doing things which the Nentawe’s philosophy wants to correct in his mantra of ”Generation Next”.

In clear terms, one of the contestants Mr.Sarpiya Danyaro filed a file a case against the APC challenging the emergence of delegates that constituted the APC electoral college which nominated the Gubernatorial candidate of the party. Again, we marvelled because the plaintiff (Sarpiya Danyaro ) did not contest for delegate elections.

It is on record, Dr. Sarpiya withdrew from the Plateau Guber race 24 hours before the primaries in written to the party.

However,to worsen his position, many names being mentioned as the purported delegates that were mentioned in his suit as plaintiffs calls for questions, a check on the names showed that they indeed know nothing even as parties in the suit, maybe, as their names where criminally dragged and smuggled into the suit by the initiator.This is not only sad but embarrassing to Plateau state where a high profile personality of Sarpiya’s standing can go to such an extent.

In this light, for a fact,neither Dr.Nentawe Yilwatda nor the process of the primaries were challenged in court.There were only four persons who contested the APC primaries in plateau state,they include:the Deputy Governor of the state Prof.Sony Gwanle Tyoden,Nde David Victor Dimka,Dr.Patrick Dakum and Dr.Nentawe Yilwatda Goshwe as others stepped down hours before the primaries, with delegates properly passing through the screening exercise conducted in the presence of the contestants and their agents, so where is the foul play?

The names of the screened delegates were confirmed by INEC as the names that emerged from the various local governments with no protest or complaint from any of the contestants or their agents.

To set the record clear, It was when voting commenced with Quanpan local government which runs smoothly and Langtang South was to take its turn that a man who was wearing a Press Tag started shouting in the Hall that delegates were voting only Dr.Nentawe Yilwatda.It was at this moment that three of the aspirants staged a walk out on the order of the man, now, who is to blame and what is the interest of the character called the Man? We know that truth is the daughter of Time, pls allow Nentawe to sell his Agenda.

Thanks
D.S Tanko writes from Jos