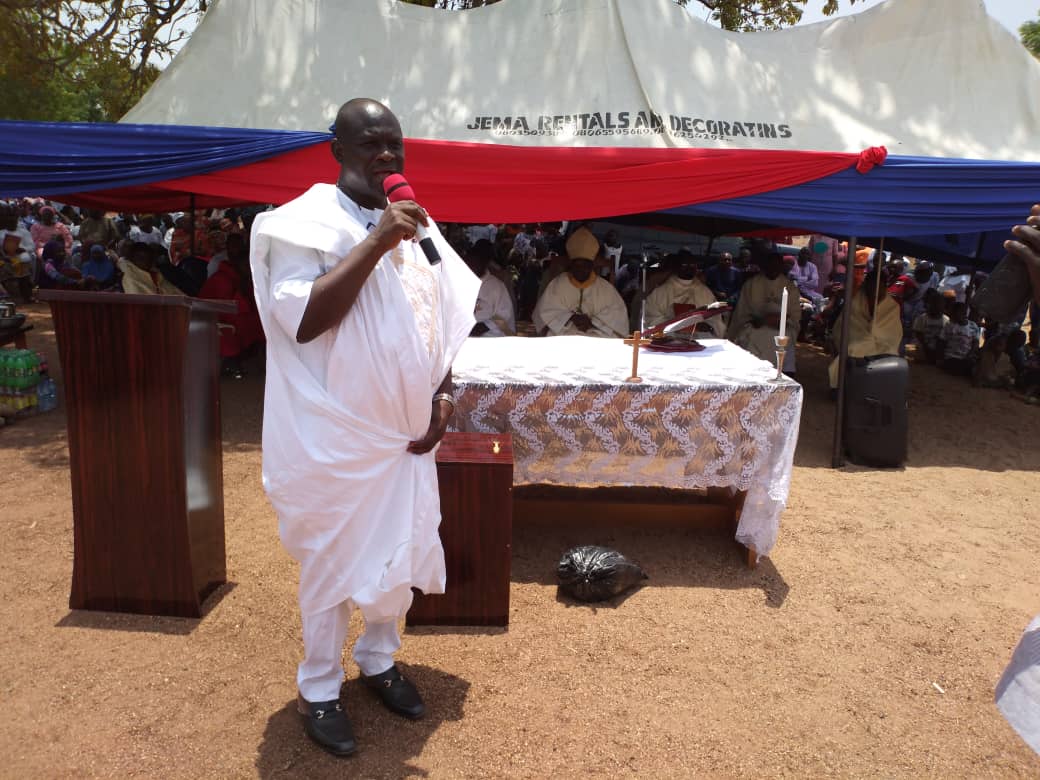 The memorial mass which was graciously honoured by many clergy, traditional rulers, and dignitaries, was consistently kept alive with traditional dances, songs, flute playing and acrobatic displays.

Youth groups, cultural troops, women wings and organisations, the elderly, Hunters Associations, Concerned Friends, Komsol Support Groups, disciples of the DOGARA GA ALLAH MOVEMENT etc, were fully in attendance. And they all both separately and in unison, expressed their fulfilment, for attending the memorial mass to pray along with their Reps Member, Hon. Komsol, who has always been the one putting smiles on their faces; restoring in them hope and attending to their needs without any hesitation.

The Hon. Member, onbehaf of the family, showed sincere appreciation and deep gratitude to all those who honoured their invitation to pray along with them, as they honour their beloved ones; wishing each and everyone who sacrificed his or her time to show them solidarity, safe landing/arrival as they journey back to their respective destinations.