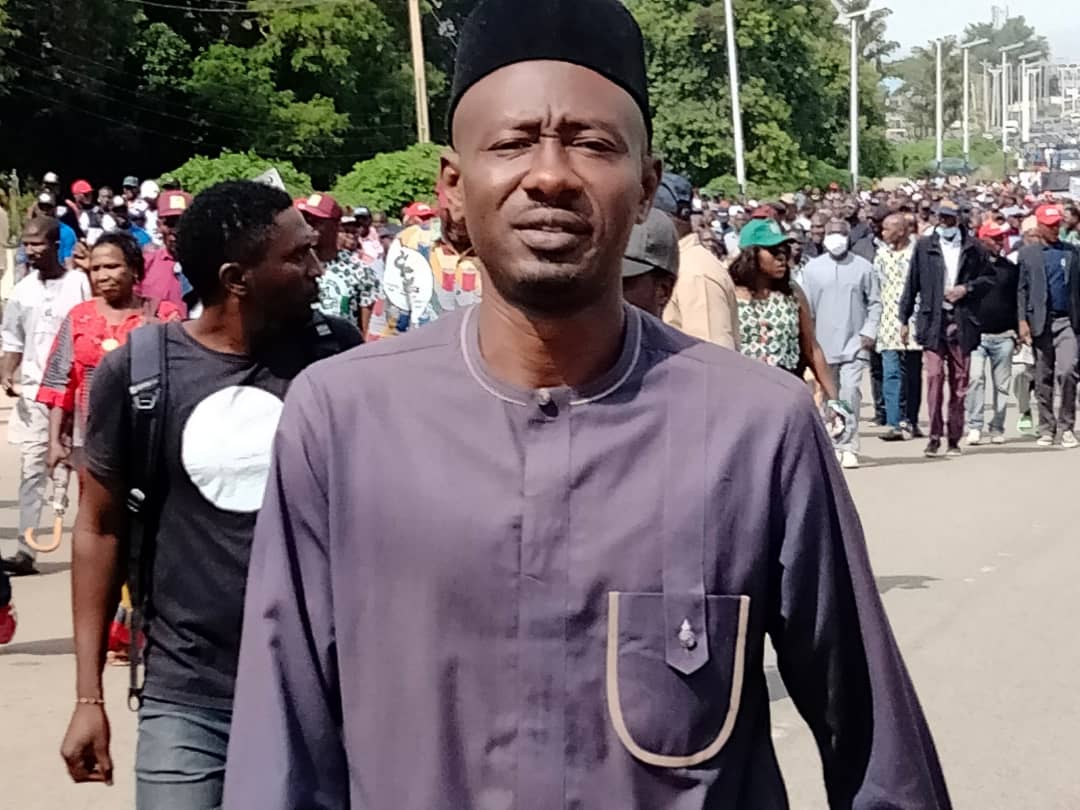 Plateau North Senatorial candidate of the Labour Party (LP) ahead of the 2023 General elections Barr Gyang Zi, along side his teaming supporters on Tuesday joined the one day protest organised by the leadership of the Nigeria Labour Congress NLC in solidarity with the Academic Staff Union of Universities ASUU, soliciting federal to pay the outstanding allowances owed the union over the years.

Gyang Zi in an interview with Journalists during the procession, said those in the charge of educational sector in the country have failed Nigerians.

“You can see already the country is in a serious mess, imagine University students spending several months at home just because of Government irresponsibility and restlessness, so it has become an obligations and a duty to be in solidarity with NLC, we need total transformation in this country, and that is why i have joined this movement for a better Nigeria”.

Barrister Zi, a vibrant Lawyer who had dump the opposition Peoples Democratic Party PDP and now vying for the Plateau northern senatorial district election on the Platform of the Labour Party (LP) called on all Nigerians irrespective of political affiliation to join NLC, put in more pressure on the federal government to pay all the outstanding allowance to ASUU and other educational unions yearning for their ligitimate entitlement.