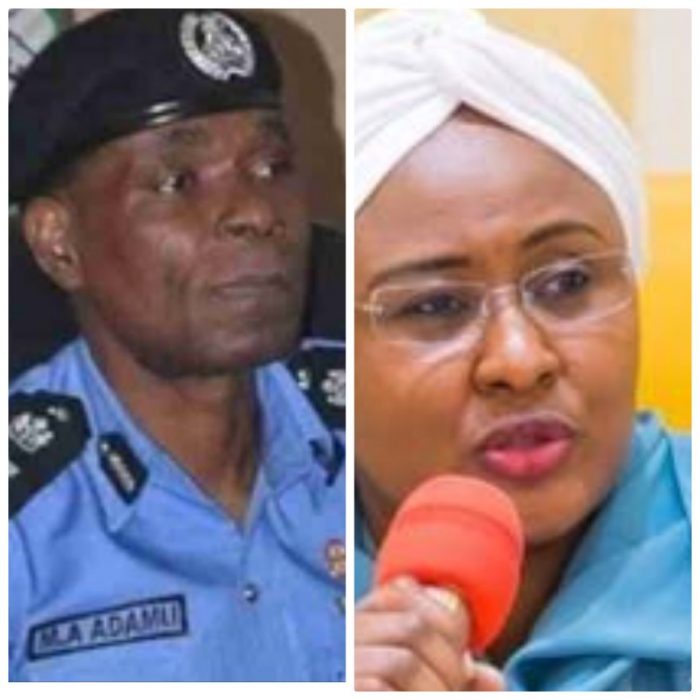 The Inspector-General of Police, Mohammed Adamu, has ignored the call by the wife of the President, Aisha Buhari.

Aisha stated that her security aides remained in detention despite her plea for their release – and they were not replaced.

However, Sabiu, who had reportedly return from Lagos that night, insisted that he will not leave his residence at the precincts of the Presidential Villa despite the intervention of Aisha Buhari and her children.

It was later reported that the incident led to shooting in the presidential villa and Sabiu, the powerful aide, secured the arrest of Aisha Buhari’s aides who attacked him.

However, a family member on Sunday said as of 4 pm on Saturday, the aides were still in police custody.

He said, ‘’Tunde met the NNPC GMD, Maikanti Baru, who recently died of COVID-19. He also visited several other places. Instead of going on self-isolation, he decided to return to the Villa and he is one of the few aides that has direct access to the President.

“The President is almost 80 and he is very vulnerable given his medical history. We advised Tunde not to see the President but he refused and forced his way into the Villa. He was able to get the First Lady’s aides arrested because of the influence he wields.

“We have a rule in the Villa that those who have direct access to the President should reduce their engagement with people. Even the new Chief of Staff, Prof. Ibrahim Gambari, has been adhering to the rule but Tunde seems to be a law unto himself.”

When asked whether the First Lady’s aides had been released, the President’s relative said, “As I speak to you, they have remained in custody, exposing them to possible infection of COVID-19.”

Meanwhile, it was learned that a battle line has been drawn as the President’s wife and children declared war on Sabiu, who some claimed was beginning to wield as much influence as the President’s late Chief of Staff, Abba Kyari.

Sabiu, who was nicknamed ‘Tunde’ after Buhari’s late ally, Gen. Tunde Idiagbon, is the son of Mamman Daura’s sister.

Aisha had, on Friday, called on the IG to immediately release her aides.

She further said: “Finally, I call on the IGP to release my assigned Staff who are still in the custody of the police in order to avoid putting their lives in danger or exposure to COVID-19 while in their custody.”