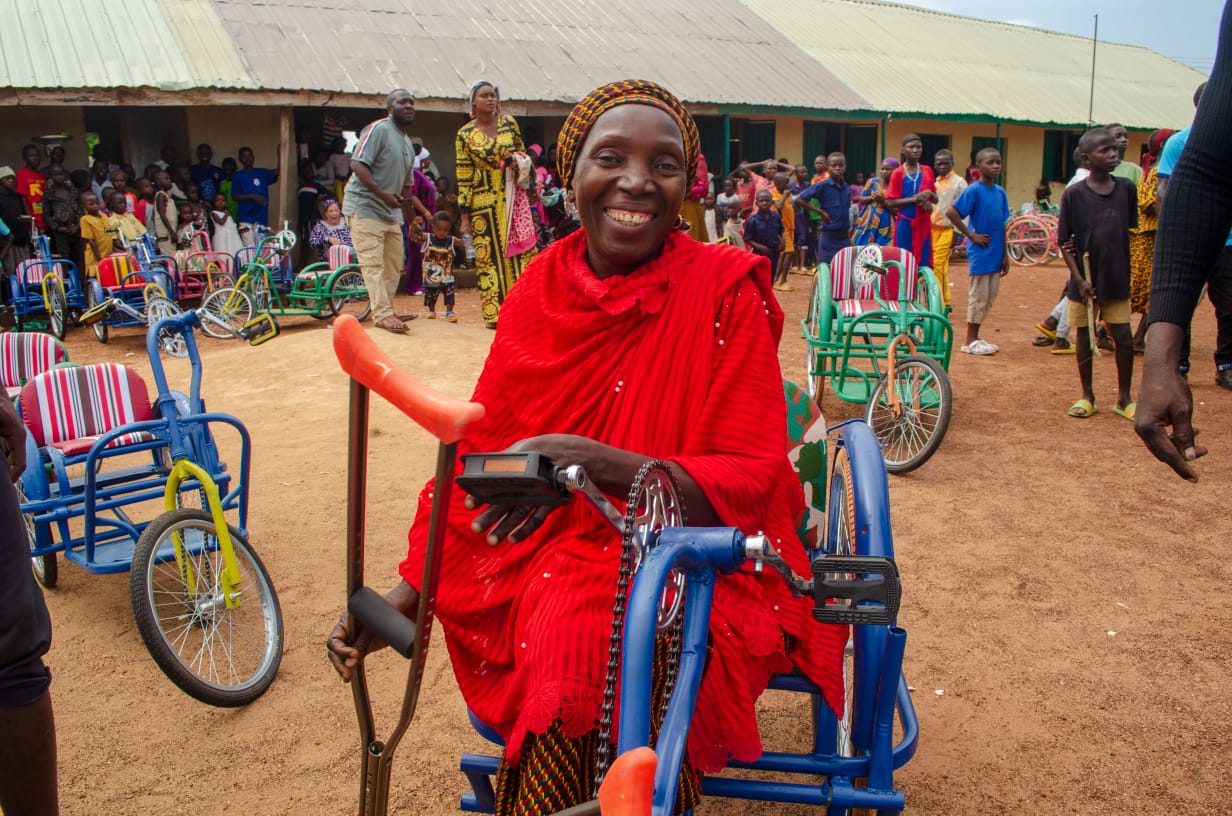 Beautiful Gate Handicapped People Center Jos donated 115 wheelchairs to People living with physical disabilities in Mabudi, Langtang South LGA of Plateau state. This event took place at Baptist Church Mabudi where the president of the Southern Plateau Baptist Conference Rev. Dr. Sunday Gwamna and his team of Reverends gathered people of different faiths into the church to receive the aides given freely by Beautiful Gate Handicapped People center and its partners.
While welcoming the guests, Rev. Dr. Gwamna encouraged the beneficiaries to put the wheelchairs to productive use.

Reacting, the Executive Director of Beautiful Gate Handicapped People Center Jos, Chief Ayuba Burki Gufwan encouraged the beneficiaries to use the wheelchairs to either enroll in school or trade, he added that there is ability in disability except if the mind is not willing.
On his part, Beautiful major partner Rev. Dr. Ron Rice told a story from the book of Acts at the gate called Beautiful where Peter and John performed a healing miracle on a lame man who begged them for alms. He said that the name Beautiful Gate came from a story in the Bible and that since Beautiful Gate cannot perform a miracle of healing, they are providing wheelchairs as relief for those that cannot walk. He added that most of the money used in producing the wheelchairs came from his church in America and other churches around them and that the wheelchairs are given to both Christians and Muslims and non-religious people alike with the love of Jesus Christ because Jesus commanded his followers to render helping hands to the needy. Rev. Dr. Ron Rice who served as the guest preacher was in the company of his wife Mrs. Sharon Rice.
Goodwill messages came from the CAN Chairman of Langtang South, the beneficiaries, and other dignitaries.

In the same vein, Beautiful Gate Handicapped People Center Jos on Saturday donated 150 wheelchairs to people living with disabilities in the Azare, Katagum Local Government Area of Bauchi state in an event organized by the SITCare foundation and called on the beneficiaries to know that disability is not the keys of death but a challenge waiting to be overcome.