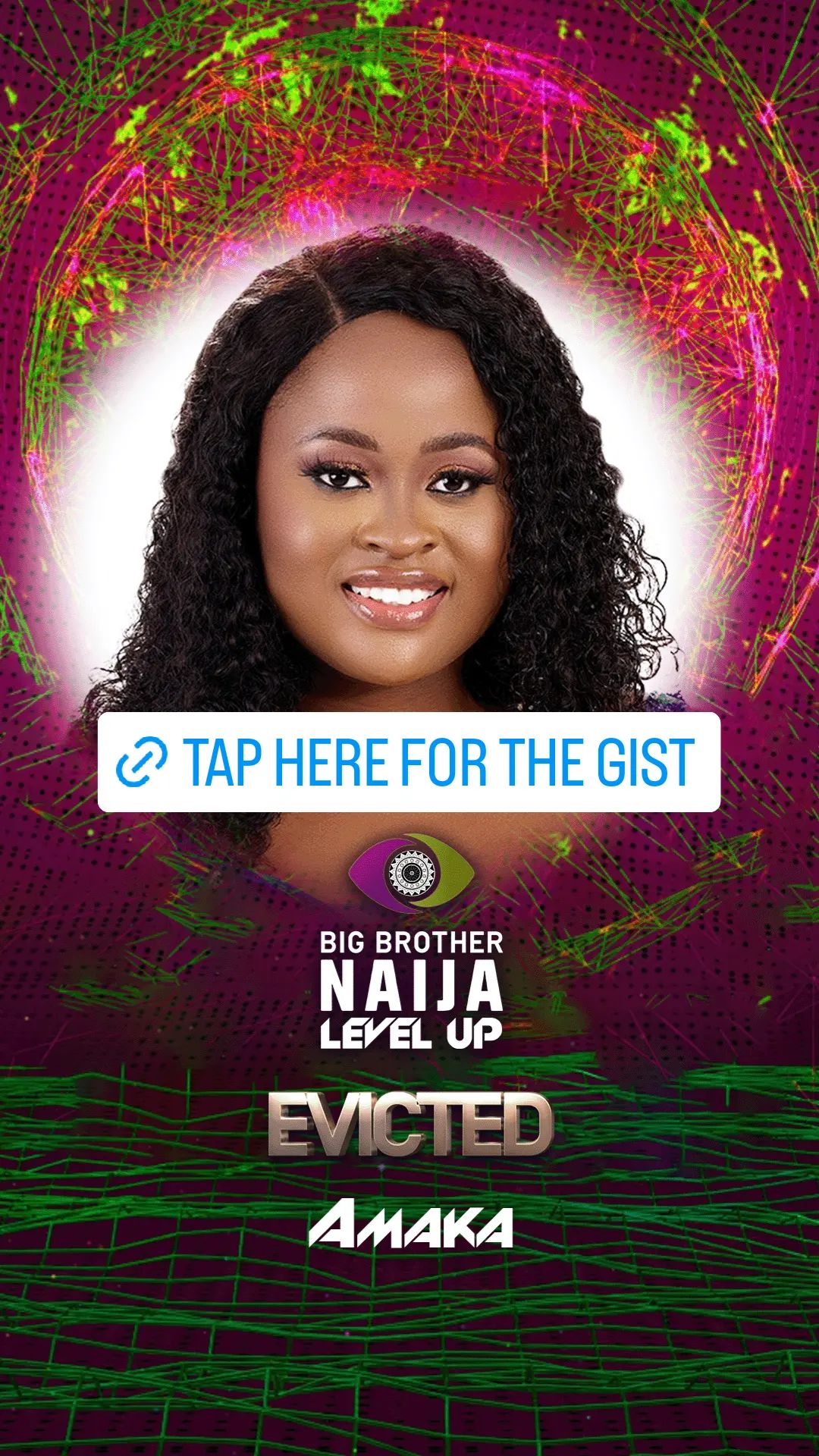 Amaka and Doyin led the nomination process with six votes each. It appears that the tie was broken by Big Brother by nullifying one of the votes presumably made by one of the fake housemates.

Amaka’s eviction will be the first of one more to come this week. The rest of the house except Head of House, Dotun is up for possible eviction this week.