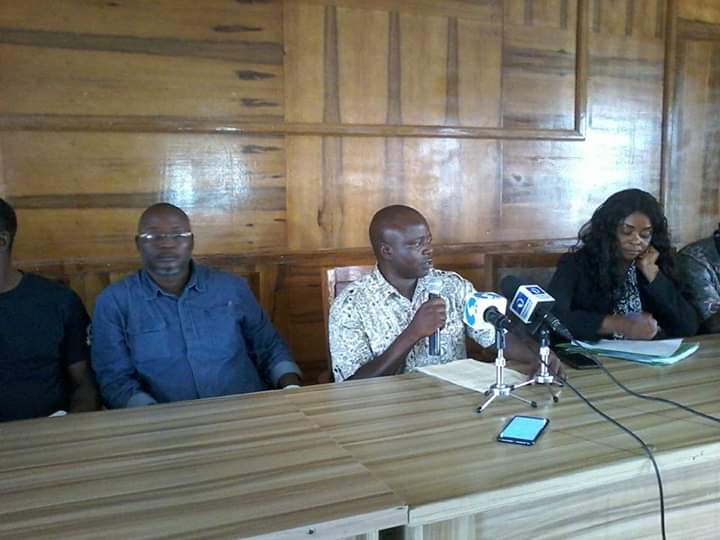 With several agreement code name “MOU” and” MOA” entered by the Academic Staff Union of Universities (ASUU) and the Federal Government of Nigeria, over the years without corresponding response that can better the system once and for all, it seems the game is about to start again, with the Accountant General of the Federation as one character in the drama of ASUU and the Federal government.

Recall that the office of the Accountant General issued a directive to all Universities to enroll in the integrated payroll and personnel Information system (IPPIS) or face the stoppage of October 2019, salaries, ASUU responded “no pay no work”… The saga continued with many narrative and counter defenses for both side.

Ultimately,  ASUU is challenging the decision of the Federal  on the grounds that it negates the principle of University autonomy as enshrined in  in section 2AA of the University (Miscellaneous Provision) Amendment Act 2003, which states that the   “ The powers of the Council shall be Exercised as in the law and statutes of each university and to that extent establishment circulars that are inconsistent with the laws and statues of the university shall not apply to the University”  ASUU Unijos chairperson Dr. Lazarus Maigoro Explained that the Accountant General and the Cabal that are bend on Imposing IPPIS did not take notice of the law, but continue to mislead the general public that they are fighting corruption to get public sympathy. The chairperson maintained that IPPIS is a distraction to the many issues that ASUU had forwarded to the federal government, including an alternative platform for IPPIS that is design in Nigeria and also cost effective when compared to the money government is spending on the IPPIS platform that ASUU alleged is a brainchild of the World bank that continues to advice Government to hand off funding of public education.

Viewpoint Nigeria gathered that the congress of ASUU at the University of Jos chapter, agreed and endorsed the referendum for strike action. Again, the Congress added that issues of Students Security should be one Agenda in the table to negotiate with the FG, as many students have recently become Victims of the terror group.

The chairperson intimated our reporter that, “ other issues are not new, they include the issues of infrastructures on the campuses, renegotiation between ASUU and Federal Government due for 2012 but consistently failed till date, issues of constitution of the visitation panel to the Universities, he added that, issues of even funding of universities and condition of service is long overdue.”

ViewpointNigeria also gathered that ASUU and the Minister of Education, Adamu. Adamu and president  Buhari seem to be on the same page to settle this issues once but the cabals in the circle of power seem not to be comfortable with the arrangement, and notably, the Minister of Labour, Finance, AGF, SGF, and COS.

After the referendum by ASUU across the country, the students will be home again, but most importantly the question in the lips of many Nigerians remains, is there no solution to strike? But the obvious challenge is for Government to respect its negotiation with unions.

WHO IS PRESIDENT BUHARI TRYING TO PLEASE? – Christian Association of Nigeria