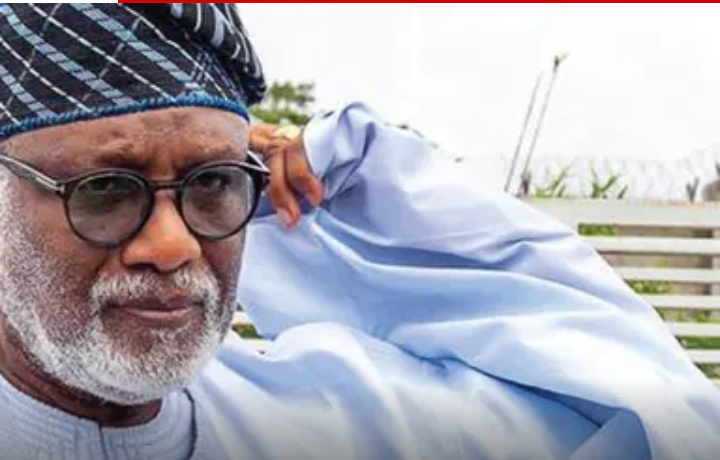 The Ondo State Governor, Mr Rotimi Akeredolu has advised citizens and residents of the state to avoid fighting over any politician as the state governorship election draws near.

He specifically urged members of the state chapter of the All Progressives Congress to close ranks because even aspirants who contested against him during the party primary are now united in their support for the party and his candidature.

Akeredolu said this during the inauguration of the construction of 45.6KM water rising mains and pipe laying along Igbokoda-Ugbonla Road, in Igbokoda, Ilaje Local Government Area of the state, on Thursday. He said the project cost over N2.3billion.

His words, “I want to urge you not to fight one another because of politicians, all aspirants in the party have come together as one. Let us vote APC and do not fight because of us. This is Olusola Oke here, we are all together now.

“Now, we have potable water here. It is better than a borehole because it has been treated and approved for consumption. That is why you must cast your votes for the APC in the election.”

Earlier, the Chairman of the Ondo State Oil Producing Area Development Commission, Mr. Olugbenga Edema, commended the governor for his support for the actualisation of the project through his approval and timely release of funds.