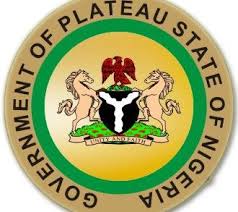 The Plateau State government has responded to allegation made by former minister of Youths and Sports, Barr. Solomon Dalung calling them wild, malicious and blatant lies.

Barr. Solomon Dalung had on Thursday 24th September 2020 at the ViewPointNigeria webinar discussion, stated that the Plateau State Government had taken a loan of $350 million from the African Development Bank (AfDB) for the purpose of potato value chain, but that no single development to that effect was visible. In his words, “to my knowledge, not even a single signboard can be seen with regards progress on the project”.

In a press statement released by the Commissioner of Information and Communication of Plateau state, Hon. Dan Manjang, the commissioner lambasted the minister for what he called “serial lies” and “mischief”. The commissioner queried the motive behind the deliberate misinformation by the minister and labelled his statements unfortunate, crass and ill-intentioned.

He tackled Barr Dalung’s allegations in 3 paragraphs –which we have summarised below:

1. Allegations of $350 million (N140 billion) loan taken by PLSG – the commissioner agreed that a loan was taken by PLSG from the African Development Bank, but that the figure was massively inflated to be sensational and alarmist. The commissioner put the loan figure at $11.2 million (N5 billion) not $350 million (N140 billion). He described as unfortunate the manner in which Barr. Dalung sensationalised the figure and said the minister vehemently opposed the loan and approval at the time of FEC consideration. Saying his actions were and are consistently “anti-Plateau”.

2. Allegations that the monies were given to PLSG: The government has clarified that the entire AfDB programme is governed by key frameworks which do not allow that monies are released to the Plateau state government –contrary to claims made by the honourable minister. As such the commissioner said, the Plateau state government has not been involved in any money disbursements, rather the AfDB handles all money disbursements directly with contractors. He outlined the loan framework as follows: 70% committed to infrastructure, 20% to capacity building and 10% to project management.

3. No visible progress/development with regards the project is visible: The commissioner clarified that the project has seen numerous successful completions including the following:

The commissioner will be the speaker on the same ViewPointNigeria Webinar platform on 8th of October and will discuss the achievements in more depth an detail.

Pictures of projects which are ongoing or completed were shared with ViewPointNigeria by the commissioner of information as outlined below.