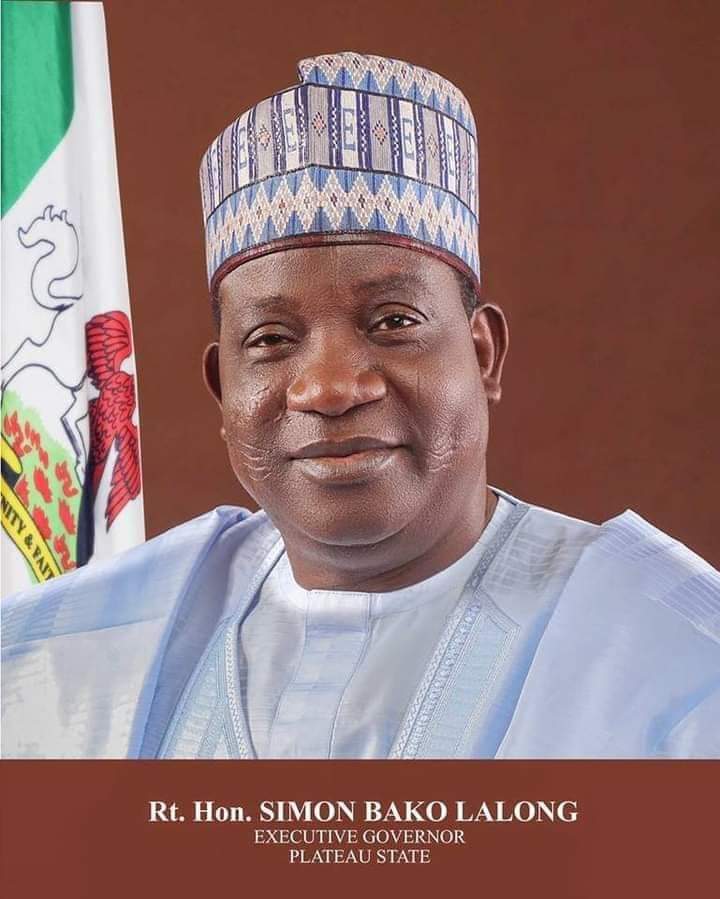 A political pressure group operating under the ageis of One Voice for postive governance in Tarok Nation on Thursday drummed support for the Senatorial bid of the Plateau state Governor Simon Bako Lalong.

“Gov Lalong has impacted positively on the lives of people of the state and we call on all lovers of peace to support him irrespective of party affiliation in order to benefit from his wealth of experience, they added.

Our correspondent reports that Governor Lalong is the Candidate of the All Progressives Congress APC in the forthcoming 2023 Plateau South Senatorial race.

The group added that Governor Lalong did excellently well as the Speaker of the Plateau state house of assembly and is currently doing well as Governor and deserves to be given the opportunity to represent the zone in the National assembly.

Nantim Ponlir the spokesperson of the group in a statement made available to newsmen in Jos also promised to support Governor Lalong to win the election saying he has all it takes to win the election based on his track records of always winning all his elections.

The group added that it decided to queue behind Governor Lalong to win the Senatorial race for the district because of his stance on issues concerning the country.

“Our Governor Simon Lalong is a friend of the masses irrespective of tribe, religion or political affiliation. He loves everybody and has continued to steer the ship of Plateau State in the right direction.”

Lalong has done well in providing the dividends of democracy to the people of Plateau and would do same for the Senatorial district if elected.

“We know that if given the opportunity to be at the senate, Nigerians will benefit a lot from his wealth of knowledge as an experienced politician. That’s why we are giving our support to him,” the group said.

They added that “Lalong has been tested and trusted, less than 4 months to the election, we are yet to hear of the manifesto of other candidates contesting the Senatorial race in Plateau South, as the are yet to address the media to tell us what they have to offer people of Plateau South, so for that we are endorsing the man who we believe can provide quality legislation to our People, as a group we have confidence in Gov Simon Lalong.”

The group further said we are working to ensure victory for crediable leaders like Governor Simon Lalong for Senate and other crediable candidates like the APC Gubernatorial Candidate Dr Nentawe Yilwatda in the forthcoming general elections.

We have tested coordinators in both Langtang North and South local government levels and our missions is to associate with the aspiration and success of our candidates, Governor Simon Lalong and Dr Nentawe Yilwatda, Hon Vincent Venman for the federal house of representatives seat representing Langtang North/Langtang South.

They appealed to people of Plateau South Senatorial district especially the Tarok nation to support the Senatorial bid of Governor Simon Lalong.