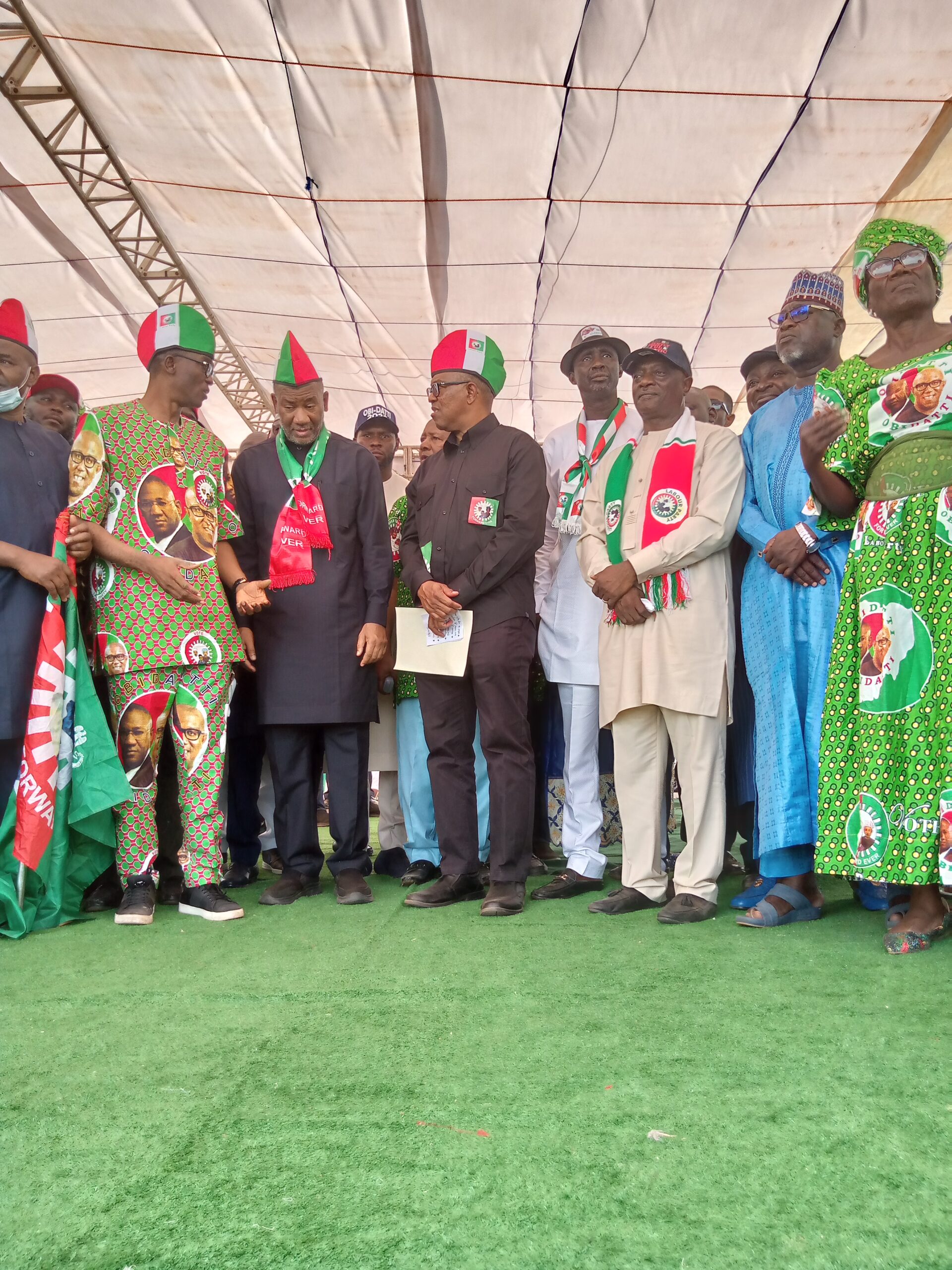 The stylish appearance of Dakum at the well attended rally will no doubt send chills down the spine of the supporters of the All Progressives Congress (APC) in Plateau who are claiming that the LP does not have a recognised gubernatorial candidate in the state and that the party only exist on paper on the Plateau.

On arriving the venue of the event, cheering supporters made up of women and youth groups rolled out drums to receive him as they chant his name in solidarity at Taal Hotel Lafia and Government Science Secondary School Lafiya.