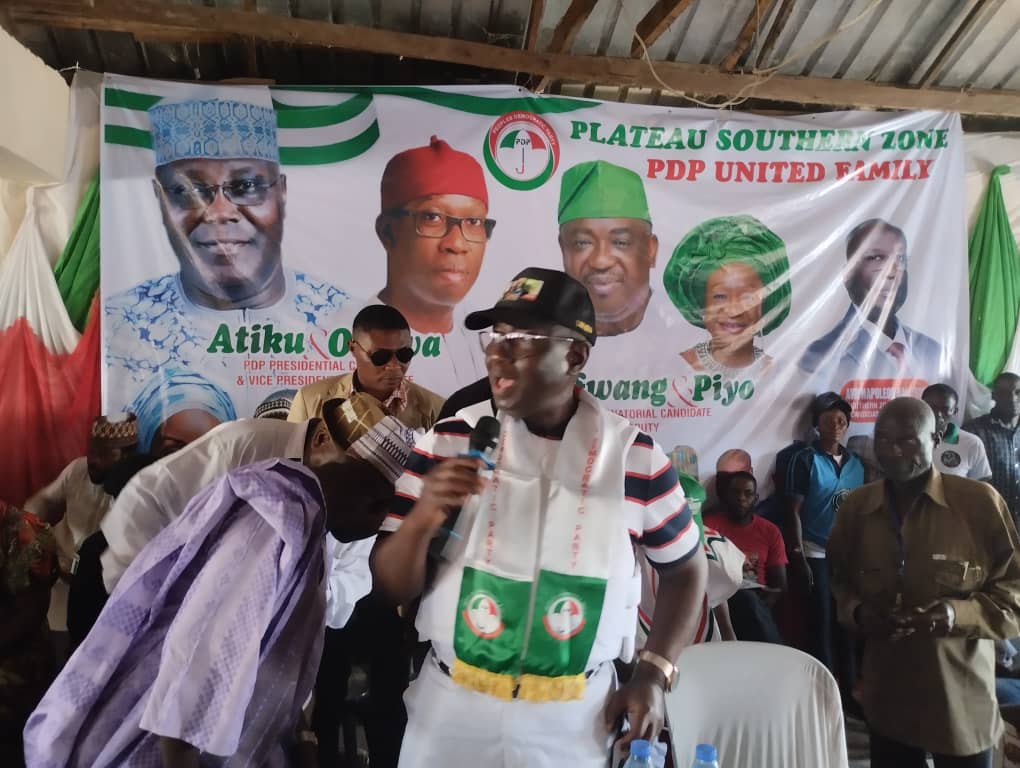 Plateau Southern Senatorial Candidate of the Peoples Democratic Party PDP AVM Napoleon Bali Rtd has assured that the Party is ready and well prepared to defeat Governor Simon Lalong and the Ruling All Progressives Congress APC come the 2023 General.

Bali who is contesting the 2023 Southern Zone Senatorial Elections with Governor Simon Lalong being the Candidate of the APC said the Opposition PDP will deliver and they will not allowed the APC to cheat them.

“PDP will deliver in Plateau Southern Zone, we will defeat the APC administration, we are witnessing the worst set of government from the Federal to the Local Government levels. Our people are suffering untold hardship due to the insensitivity of the APC, insecurity has become the order of the day, and we cannot sleep in our houses with our eyes closed.

“The prices of food rising daily. This is just but a little of the testimony of the APC-led government, and the PDP will defeat Lalong and the APC.

Member Representing Langtang North/Langtang South Federal Constituency and also the PDP Reps Candidate for 2023 Hon. Beni Lar said PDP will win from top to bottom due to the hardship brought by the APC administration.

Lar added that the Senatorial Candidate, House of Reps Candidates, Governorship and House of Assembly will be voted massively by the PDP.

State PDP Chairman Hon. Chris Hassan in his remark Commanded the PDP Party Southern Zone for inaugurating the Campaigns Council, saying it’s a sign of Victory for the PDP Come 2023.

According to him, Plateau people are eagerly waiting for Positive change, saying God will not forgive Plateau People if they refuse to Vote for PDP to alleviate the sufferings of the masses.

Vice Chairman of the PDP Southern Zone Hon. Simon Domle called on all the PDP faithful to put aside all their differences and collectively work for the success of the Party, said because the PDP’s chances of winning 2the 023 general elections at all levels are very bright.

“Let me say that this feat can only be achieved if we vote PDP 5/5. If we compromise any of the elections because of ethnic or religious affiliation, then we are harming our Victory.

“I have so much confidence in the abilities of all the Members of the soon soon-to-be-inaugurated Campaign Council members especially the Zonal Coordinator, Hon. Dio Lamul, a two-time ember in the State Assembly and a great pillar of the PDP has shown great strength and determination even in the face of intimidation.