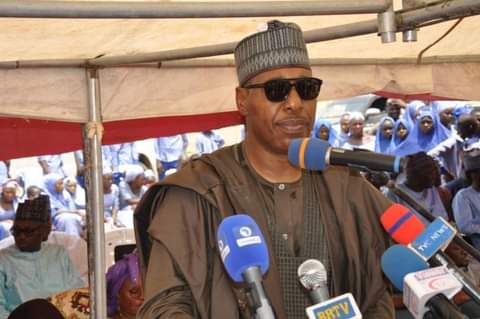 Zulum had commissioned the houses for permanent allocation to families displaced by Boko Haram in parts of Chibok.

“I will like to pay special tribute to Family Homes Funds Limited for the very significant role the company played in the financing of this project which led to the timely delivery of the 200 houses we commissioned in Chibok and more others we shall soon be commissioning in other locations as they are delivered. Family Homes has proven that it is out to make genuine difference in increasing access to mass housing in Borno State and Nigeria. We have a partnership for the development of thousands of houses to compliment other major efforts of the state government as well as ongoing construction of 10,000 mass houses as approved by President Buhari in federal government’s intervention. We are grateful to Family Homes for the company’s genuineness and productivity and we are mightily grateful to President Buhari for the bold intervention towards resettlement of thousands of families displaced by insurgents across Borno”, Zulum said while speaking with some stakeholders on Tuesday in Damboa.

Borno State Government, had in September 2019, taken advantage of the Federal Government social housing scheme and entered agreement with Family Homes Funds for the construction of 3,200 low-cost houses for resettlement of Internally Displaced Persons (IDPs) and another 1,700 homes for civil servants with low income.
The agreement was signed at the Borno Governor’s lodge in Abuja with Governor Zulum and the MD/CEO of Family Homes Funds, Femi Adewole, witnessing the agreement.