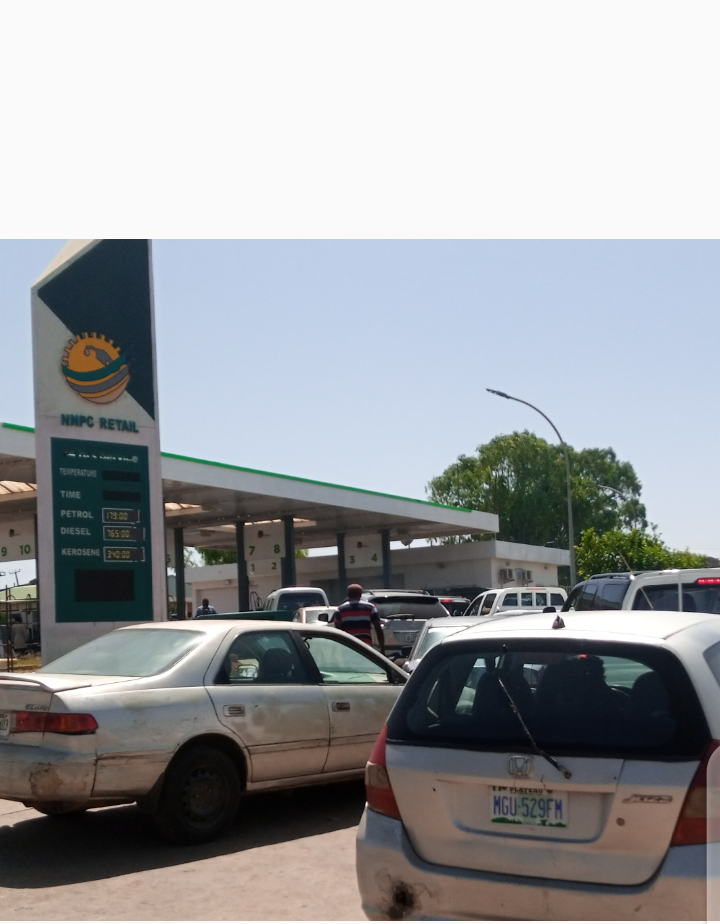 Long queues have returned to filling stations in Jos the Plateau State capital and its environs, following alleged scarcity of petroleum products forcing most motorists in the city to express concern over the emergence of the queues at various filling stations. Some of the motorists, who spoke with reporters in Jos, on Wednesday also alleged that some petrol marketers increased the price of petrol.

Black marketers of the product are also having a field day, selling a litre of fuel at N300-N400 in many parts of the city. Many motorists were forced to patronise them as the unpalatable alternative was to wait for hours in filling stations. Our correspondent who visited Dogon Karfe community observed that a gallon of fuel now sells for N1,500 by blackmarketers of the product.

Amid long queues and waiting hours in Jos, some filling stations sold a litre of the Premium Motor Spirit at N250/litre as against the approved price of N180-N185/litre.

A taxi driver who gave his name as Bulus at old airport junction said, “Black marketers sell four litres at N1,500. This has forced us to increase transport fares.

At Abbatoir a black market dealer who gave his name as Titus Marcus told our correspondent that a gallon of fuel goes for1,500 naira, noting that “getting the product is very difficult for us. I can not sell it less than this price”, he added .

Our correspondents who went round Jos on Wednesday morning observed that along Yakubu Gowon way, only three out of over 15 petrol stations around that axis sold petrol to motorists and other consumers. Others said they did not have petrol.

A citizen of the state who gave his name as Timzing said the price of transportation has increased following the scarcity of fuel in the state capital.